BVA and The FOAL Group issue a statement as the ear cropping petition surpasses 100,000 signatures. 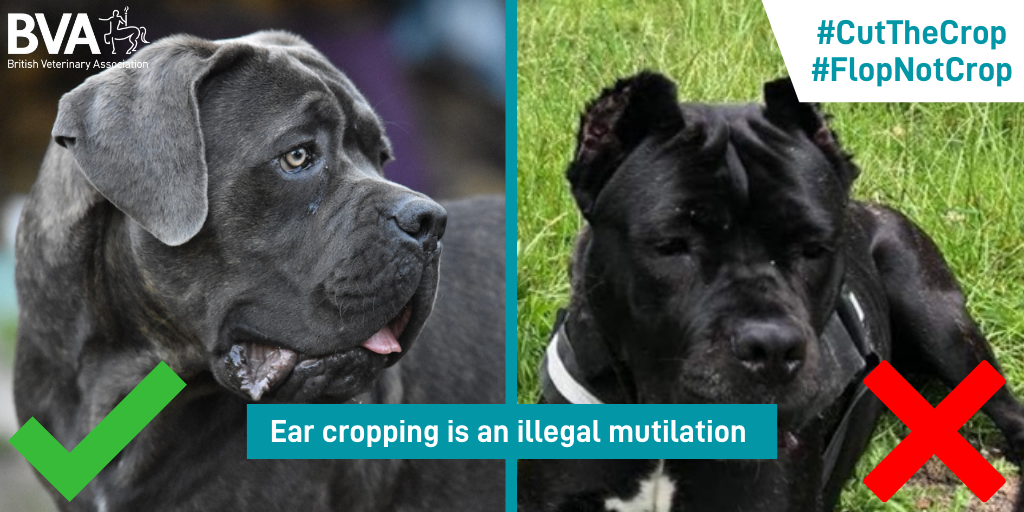 We along with The FOAL Group are calling on the Government to take urgent legislative action as our joint ear cropping petition surpassed 100,000 signatures online fewer than two months after it was launched.

With this milestone, the call to end the trend of ear cropping in dogs for good has moved a step closer to a possible parliamentary debate. The Petitions Committee considers all petitions that have crossed the 100,000 mark for debate in parliament.

In its written response to the petition last month, Defra had expressed its commitment to working with the #CutTheCrop and #FlopNotCrop campaign to close all legal loopholes that allow ear cropping to continue.

An Early Day Motion has since been tabled in Parliament by Plaid Cymru MP Liz Saville Roberts, noting that ear cropping is a barbaric practice and calling on the Government to ban the importation of dogs with cropped ears.

“It is fantastic to see the depth of public support for the campaign.

“However, current legal loopholes allow the trend of importing ear-cropped dogs into the UK to continue, and also act as a smokescreen for illegal cropping taking place within the UK.

“We hope to see legislation on this issue soon. With less than a month to go to the Queen’s Speech, all eyes will now be on the Government to see if it has taken note of how passionately people feel about calling time on this barbaric trend.”

“It’s wonderful to see the petition surpass the 100,000 mark in just over seven weeks! We’d like to thank all our collaborators as well as the many other organisations and individuals that have taken the time to sign, share and support this campaign as without them it would have been impossible.

“The petition doesn’t close until 24 August and so we urge everyone to keep the pressure on decision makers by continuing to push for further signatures and use this time as an opportunity to further educate the public about the barbaric practice of ear cropping. Together we can stop the awful rise in the number of ear-cropped dogs in the UK.”