BVA members in the East of England, South East, North West and Scotland are being invited to vote for their preferred candidate 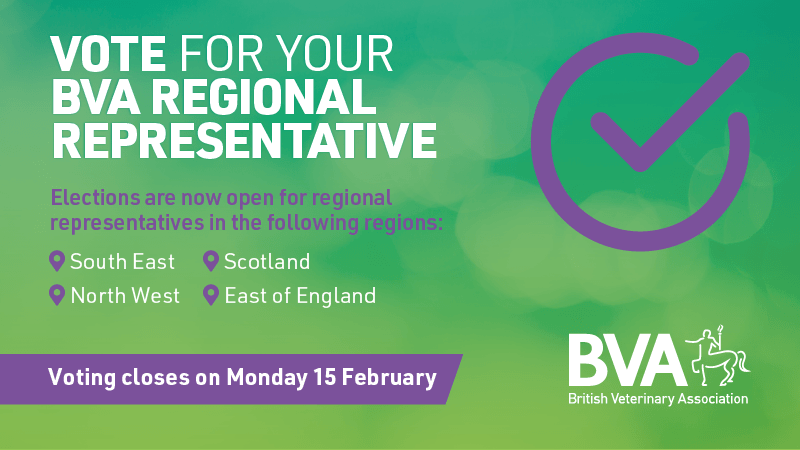 We have opened voting today for four new regional representatives to be the voice for vets in their area and to represent their views to BVA Council.

Our regional representatives are integral to the activities of Council - contributing to effective horizon scanning on matters of veterinary policy and providing an informed steer to BVA’s Policy Committee.

Members in the East of England, South East, North West and Scotland are being invited to pick their preferred candidate out of the nominees for each region. The nominees are:

The elected candidates will serve on BVA Council for a three-year term.

“With an increasingly complex veterinary landscape and a year marked by huge challenges to the profession, it is more important than ever that our members have robust representation at the highest level within BVA. I’d encourage everyone who’s eligible to vote to take this opportunity to elect a candidate who can be a strong voice for vets in their region.”

All members in the four regions will receive voting instructions directly via email from UK Engage, who are administering the election on our behalf. Voting closes at 5pm on 15 February.

Candidate biographies and instructions for voting can be viewed online.