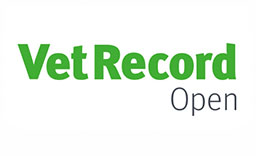 Ceftiofur, a third-generation cephalosporin, is one of the most used antibiotics in dairy industry. Intramuscular injection of 1 mg/kgBW ceftiofur hydrochloride (HCl) generally results in 0 hour withdrawal time for the milk in dairy cows. Nevertheless, farmers and dairy processors occasionally complain about ceftiofur-based products in case of positive result to a commercial rapid screening test for the presence of violative residues of antimicrobials (inhibitors) in the bulk milk tank. Six lactating cows were injected with a 50 mg/ml ceftiofur HCl-based product at the dosage regimen of 1 mg/kg, intramuscularly, once a day, for five consecutive days, as per label. Milk samples were then collected just before the very last injection (T0) and then at 12, 24, 36, 48, 60, 72, 84 and 96 hours after the last injection. Individual milk samples were tested using three commercial screening test kits for inhibitor residues: DelvotestSP NT, SNAP Beta-Lactam ST Plus and ROSA MRL Beta-Lactam Test. Since bulk tank is screened in real operating conditions, samples were also diluted to 1:4, 1:10 and tested again. For the Delvotest SP NT, which lowest detected concentration is close the MRL of the ceftiofur (100 µg/kg), all results were negative. For the ROSA MRL Beta-Lactam Test and the SNAP Beta-Lactam ST Plus, several samples yielded positive and doubtful results at T0 and T12. However, after dilution to 1:10, all results were negative. Consequently, when used as officially instructed, the tested 50 mg/ml ceftiofur HCl-based injectable veterinary products are safe, and milk should be free of violative residues of ceftiofur. With consideration to the low specificity and the low positive predictive value of commercial screening tests, positive reactions of the bulk milk should be interpreted as false positive or another risky usage of β-lactam-based medicines in the farm must be investigated.

You need to be a BVA member to continue reading this journals Login or join the BVA today.