Workplace gender bias is being kept alive by people who think it’s no longer an issue, new research suggests. 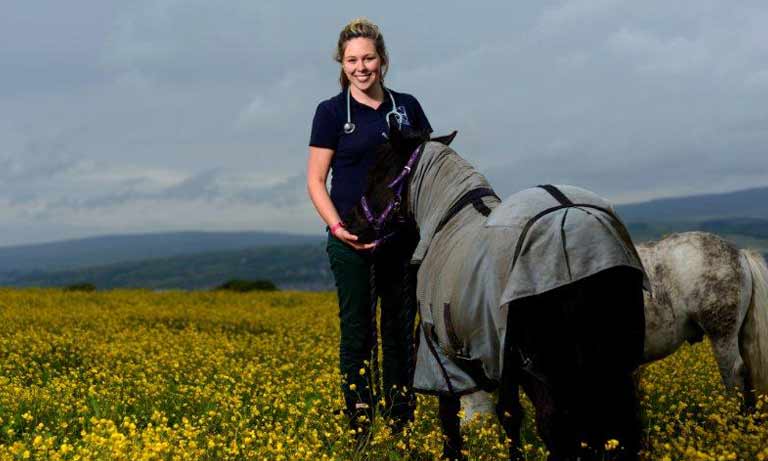 In the study, managers were given identical descriptions of a worker – the only difference being either a male or female name.

Most managers rated the male worker as more competent, and recommended a higher salary – an average 8% pay gap.

The “key drivers” of this gap were managers who thought bias no longer existed in their profession, while those who believed bias still existed recommended roughly equal pay.

This means holding this belief constitutes a “critical risk factor”, and may be vital to identifying who in a profession is perpetuating issues of gender bias.

Two thirds of the managers who thought gender bias no longer existed were men – but female managers with this opinion undervalued female staff just as much as male managers did.

The research –by the University of Exeter, Skidmore College and the British Veterinary Association (BVA) – focussed on the veterinary profession.

“Managers who thought gender bias is no longer an issue recommended annual pay that was higher for men than for women,” said lead author Dr Christopher Begeny, of the University of Exeter.

“This represents an 8% gap – which closely matches the real pay gap we see in veterinary medicine.

“When you break this down, it’s like going to that male employee after an hour’s work and saying, ‘ya know what, here’s an extra 2 bucks – not because you’re particularly qualified or good at your job, but simply because you’re a man.’

The research was made up of two studies.

The first asked vets about their experiences, and showed women were more likely than men to report experiencing discrimination, and less likely to experience recognition among colleagues for their value and worth.

In the second study, managers participated in a randomised double-blind experiment, with the stated purpose of “understanding their experiences managing others”.

They were each given a fictitious performance review for a veterinary surgeon.

Everyone was given an identical performance review, except that the name of the vet differed: either Mark or Elizabeth.

Managers evaluated the vet’s performance/competence and indicated the salary they would advise if this employee was in their own practice.

“The resulting evaluations were systematically biased among those who thought gender bias was no longer an issue,” said co-author, Professor Michelle Ryan, of the University of Exeter.

“We have worked closely with the BVA, and when presenting these findings to managers in the veterinary profession they are often shocked and concerned.”

“It is fantastic to see that this important study is kickstarting conversations on the issues of gender bias within the veterinary profession. BVA supported this research with the hope that it would shine a light on some of the more subtle aspects of gender discrimination in the workplace that we had heard about anecdotally from our members but understood were not always being addressed. It clearly shows that diversity does not equate to equality, and highlights the work the profession needs to do.

“This research has also informed our own thinking and later this year we will be launching our position on good veterinary workplaces. This will set out ways in which our profession can make all of our workplaces safe and inclusive, to make sure everyone feels valued and the rewards are transparent, fair and equal.”

Women have outnumbered men in the veterinary profession for more than a decade, so biased perceptions of women lacking competence might be expected to have disappeared.

The bias shown in this study may be a harbinger of what’s to come in other professions – those that are striving to increase women’s representation, perhaps thinking, erroneously, that this will resolve any issues of gender bias.

“With many professions working to increase the number of women in their ranks, companies need to be careful not to equate gender diversity with gender equality – even with equal numbers you can have unequal treatment,” said Dr Begeny.

“There is no ‘silver bullet’ to ensure gender equality has been achieved.

“Ongoing vigilance is required, including awareness training to guard against some forms of bias.

“It is also important to have ‘guardrails’ that help prevent discrimination, including by removing names from job applications, which can signal the applicant’s gender, and ensuring standard questions in interviews.”

Dr Begeny added: “Overall, this research highlights a rather insidious paradox that can arise when individuals misperceive the level of progress made on gender equality in their profession, such that those who mistakenly think gender bias is no longer an issue become the highest risk for perpetuating it.”

The research received funding from the BVA and the European Research Council.

The paper, published in the journal Science Advances, is entitled: “In some professions women have become well-represented, yet gender bias persists – perpetuated by those who think it is not happening.”