The Dalrymple-Champneys Cup and Medal is presented each year to a BVA member whose work supports the advancement of veterinary science. 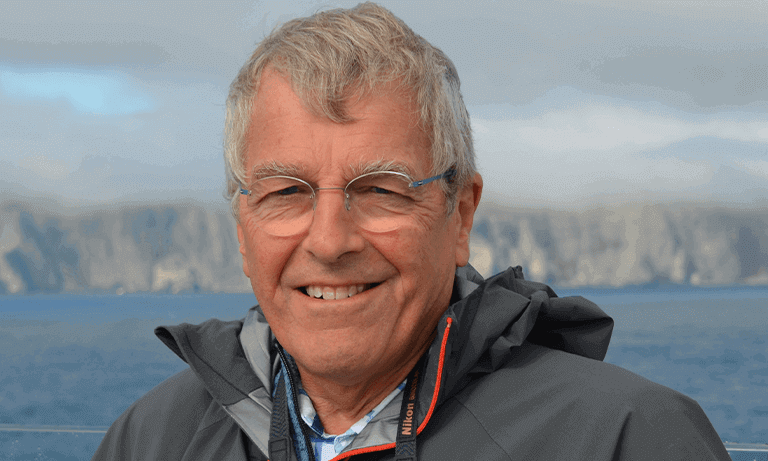 The Dalrymple-Champneys Cup and Medal is presented each year to a BVA member whose work supports the advancement of veterinary science. Professor Herrtage has received the award in recognition of the distinctive advances he has led through clinical research in many areas of veterinary medicine and diagnostic imaging, especially in the fields of canine medicine and endocrine and metabolic disorders.

As the first President of the European Board of Veterinary Specialisation (EBVS) from 1993-1996, Professor Herrtage was pivotal in driving the development of veterinary specialisation in Europe. The success and development of the European Colleges has been one of his major achievements, with 25 specialist Colleges now recognised by the EBVS, comprising more than 35 distinct specialties and more than 3000 veterinarians as active European Veterinary Specialists. He has also been a key mover in the RCVS Diploma and Certificate training and examination and has also been involved in specialisation, day one competences and the statutory examination at the College.

Professor Herrtage has also had a longstanding involvement with the BVA/Kennel Club Canine Health Schemes, notably as a scrutineer for the Hip and Elbow Dysplasia Scheme since 1987 and Chief Scrutineer of the Chiari malformation/Syringomyelia Scheme since 2010.

On hearing of his award, Professor Herrtage said:

“It is a tremendous honour, but a very humbling experience, to be recognised by one’s peers for doing work that has always given me so much pleasure. I would like to thank BVA and the selection committee for considering me worthy of this prestigious award. It is particularly awe-inspiring to read the list of previous recipients of this award on the Dalrymple-Champneys Cup.

“I count myself very lucky that I have always enjoyed my work and much of that is due to the great support and encouragement I have received from my colleagues as well as the constant challenge and stimulation provided by the many students, residents and postgraduates that I have had the pleasure of working with over my career. If I have managed to achieve anything in my professional life, clinical teaching, research and development of specialisation, it is due to their inspiration and support and our joint belief in the promotion and advancement of the veterinary profession.

“I am also very grateful to the continued help, support and encouragement from my family.”

“Mike’s work has improved the lives of thousands of dogs and cats worldwide and BVA has been extremely fortunate to have benefitted from his expertise throughout his longstanding involvement with the Canine Health Schemes.

“It is hard to do justice to Mike’s amazing contributions to the veterinary profession and to the advancement of knowledge and education throughout a distinguished career so enthusiastically dedicated to improving canine health and welfare.

“Mike is an immensely worthy recipient of the Dalrymple-Champneys Cup and Medal and I am absolutely delighted to be presenting this award to him.”