John Chitty, an exotics vet based in Andover and past President of the European Association of Avian Veterinarians, looks at the risk level of Avian influenza in birds of prey, and how veterinary professionals can monitor and mitigate against this.

Avian influenza (AI) outbreaks occur most years in the winter months. These vary in pathogenicity and in species affected according to the type of influenza virus in each outbreak. Wild birds are often vectors or reservoirs for these influenza strains and so represent a constant potential source of virus to captive birds and people.

Disease control centres primarily on preventing such transmission. Therefore falconry can be seen as a potentially significant route in that it is a planned interaction between captive and wild birds and close contact between raptor and human is also present.

How significant is the risk?

Falconry is listed by UNESCO as part of our intangible culture as it has been practised worldwide for many centuries. In this practice it has been performed as both sport and as a means of hunting for the pot. It involves the training of a raptor to perform its natural hunting skills under the “control” of a falconer while also working with other members of the “team”- dogs, ferrets, etc. The type of game taken by the bird will be set by the type of raptor: falcons take aerial prey while hawks and eagles will more often be used for ground prey.

AI is a problem in the UK most winters; the virus prefers cold, damp conditions and there is a reservoir of, mainly low-pathogenic, strains in the wild birds, especially gulls and waterfowl. This reservoir allows transmission of virus between areas as birds migrate, as well as a mixing pot of virus potentially allowing evolution/ mutation of the strains. And, of course, different strains will have differing pathogenicities in different species.

Therefore falconry birds are at risk of being infected if used for hunting or if fed infected birds.

This is borne out by wild studies showing more seroconversion in wild falcons, hunting gulls and waterfowl than in smaller species that hunt songbirds (where AI is less prevalent).

However, these birds clearly survive infection and, in general raptors are fairly resistant to many strains of AI (this is not always the case- in recent years one strain seemed to particularly affect wild raptors and corvids rather than its usual host range). Some evidence for this is shown by a study in Germany during a recent outbreak of highly pathogenic AI.  This showed that although a reasonable number of caught birds were seropositive for AI, none of the raptors were and, importantly, none of the falconers. In other words, though the birds contacted AI-positive prey they did not vector it or suffer overt disease.

However, sampling was done immediately after capture and the falcons did not feed on the carcases. There may just not have been sufficient interaction to contract infection!

Could feeding result in infection?

Falcons tend to be whole-carcase feeders and the wild raptor study described earlier did show raptors are infected feeding on infected prey. So if a falcon is flown at gulls, waterfowl or other susceptible species, it is probably best not to let it feed on the carcase after the kill.

In addition, feeding of wild carcases to raptors is still a relatively common practice: not just captured prey, but wild birds that have been shot by the falconer or collected roadkill. This represents clear risk of disease and not just AI: Chlamydia, herpesvirus, mycobacteria, E coli and a variety of parasites may be ingested from eating apparently well birds. Some may be inactivated by freezing carcases before feeding (this is also a common practice) but many are not including AI which is capable of surviving over a year in frozen tissues!

Weighing up the risks

So, overall, the risk of disease in captive raptors is low but definitely present: also present is the risk of exposing the virus to a new host immune system and encouraging development of new strains while in close contact with falconers. While feeding of wild carcases may seem cost-effective and enriching for the bird, it may be there is too high a potential for disaster; boring food may be better food, and it is well worth avoiding potential carriers of AI when it is known to be present in the country. 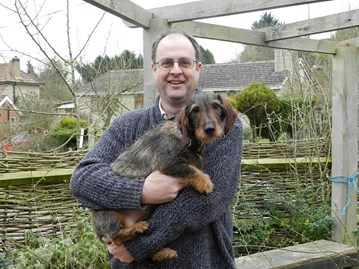