BVA is calling for urgent action after shocking new statistics from the BVA Voice survey reveal that nearly 6 in 10 vets have seen dogs with cropped ears in practice during the last year, despite the mutilation being illegal. 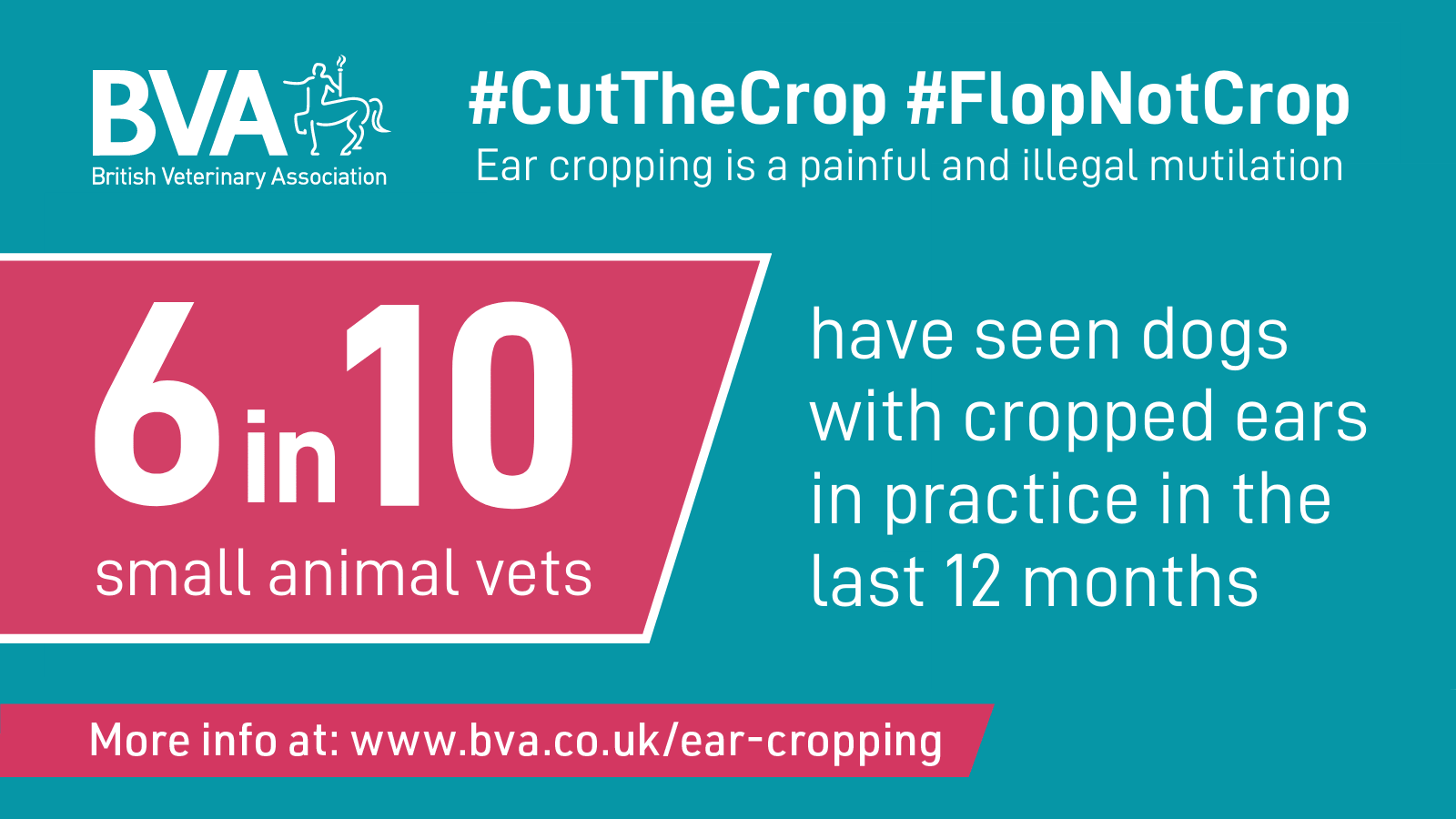 Action to end the import of dogs with cropped ears is more urgent than ever, say vets, as shocking new statistics show more cropped dogs are arriving in veterinary practices than ever before. New statistics from the BVA Voice of the Veterinary Profession survey revealed today that 58% of small animal vets have been presented with dogs with cropped ears in the last year. 61% of these vets believe they are seeing more cropped dogs than in previous years. The Doberman was the breed most commonly presented to vets with cropped ears, with American Bulldogs and Cane Corsos the second and third most likely breeds to be seen.

It is illegal to crop dogs’ ears in the UK, but a loophole in the law currently permits the importation of dogs who have undergone the procedure in countries where it remains legal, and it is not a specific offence to send dogs abroad to have their ears cropped. Measures to close these loopholes were announced in the Queen’s Speech last month. The Government pledged to ban the import of dogs with cropped ears into the UK after a petition calling for action passed 100,000 signatures. The issue will now be debated in Parliament on Monday 7 June 2021.

The petition, spearheaded by the British Veterinary Association (BVA) and The FOAL Group, under the banners of #CutTheCrop and #FlopNotCrop, will remain open for animal-lovers to show their support until August 2021.

“We are deeply concerned that vets have been seeing more dogs with cropped ears in their practices. Ear cropping is illegal in the UK so we have to question how it’s possible that 6 in 10 vets have seen cropped dogs in the past year. These shocking figures clearly show that urgent action is needed to curb this disturbing rise.

“We were delighted by the commitment made by Government last month to prohibit imports of dogs with cropped ears as well as rooting out illegal practice of this completely unnecessary and intensely painful mutilation in the UK. We are now urging them to bring these measures into play at the earliest possible opportunity.”