Non-traditional companion animals (NTCAs), or exotics, are those not traditionally kept as pets in the UK and whose welfare needs are so specialised they can rarely be met in a domestic environment. Reptiles, for example, have very specific requirements for humidity, lighting, nutrition, and temperature, and birds have complex social, cognitive, and nutritional needs.

Many owners take on NTCAs without first discussing their plans with a vet, seeking out well-informed species-specific pre-purchase information, or giving enough thought to how they can provide for the animal's welfare needs.

NTCAs may pose a threat to native species, habitats, and the public if they escape or are deliberately released by their owners.

In 2016, our Voice of the Veterinary Profession survey found that more than half of companion animal vets had treated exotics in the past year. 77% of these said they had only seen these pets when they were sick or injured, rather than for a routine health check.

According to the Pet Food Manufacturers Association, in 2017 there were 1.4 million pet reptiles and birds, and 15-20 million indoor fish in the UK. 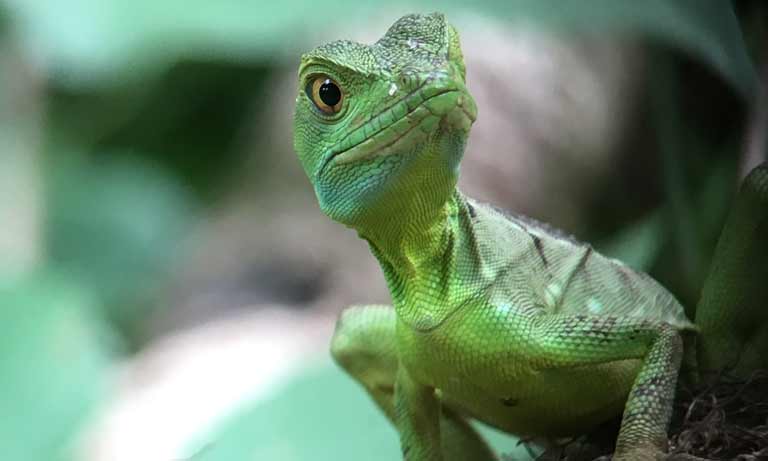 By law, all pet owners must make sure they meet their animals' 5 welfare needs.

The welfare of NTCAs can be improved through education and knowledge sharing. Stakeholders should work in partnership to develop an evidence base to endorse and promote agreed husbandry practices. 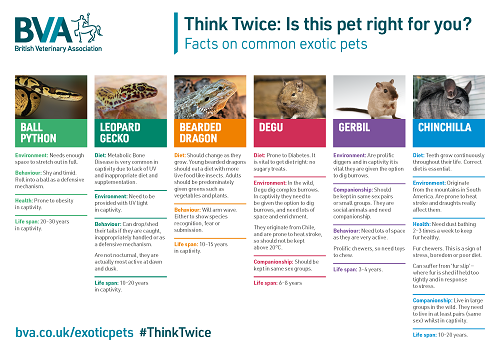 Taking care of your pet advice from PDSA