#BreedtoBreathe - how vets can improve health and welfare of brachy breeds

With the launch of BVA’s #BreedtoBreathe campaign, BVA Policy Officer Hayley Atkin, blogs about how vets can take action. 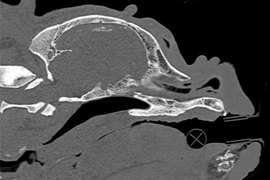 But 2017 also gave us some superb examples of vets successfully mobilising to speak out against the use of brachycephalic breeds in marketing campaigns, raising awareness that the health and welfare issues surrounding brachycephaly are #notnormal. Along with other key stakeholders in dog health and welfare we successfully took on big brands such as Comic Relief, Heinz, Costa, Halifax, about their use of brachys in advertising and influenced changes in their marketing policies.

So, it goes without saying that there’s a huge strength of feeling within the profession about this issue. But what are we doing to harness this?

This week we’re launching our #BreedtoBreathe campaign, centering around our newly published position on brachycephalic dogs. Developed through BVA Policy Committee and in partnership with our colleagues at the BSAVA, our position outlines how the different stakeholders in dog health and welfare can work together towards improving the health and welfare of these breeds.

More and more members are turning to us for advice on how best to take wider action so, as part of the position, we have set out a ten-point plan for practices. We hope this will support vets to further improve the health and welfare of brachycephalic dogs and promote responsible ownership.

Vet voices carry more weight than most on animal welfare issues and it’s important that there are voices all over social media pushing back against the use of brachycephalic breeds in marketing.

That’s why we’ve also created the #BreedtoBreathe toolbox, a space with shareable resources to support vets in raising awareness about the problems associated with brachycephalic breeds alongside our campaigning activity.

Keep up the momentum

As you’ll have hopefully gathered throughout this post, #BreedtoBreathe is the BVA campaign hashtag. Use it to keep the conversation going and help us follow your efforts on Twitter.

Over 2017 we’ve seen that together veterinary voices can make a huge impact. Now is the time to harness the profession’s influence and keep the up the momentum for the #BreedtoBreathe campaign for 2018.