The person behind the posts: Working in social media

BVA Digital Content Manager Abbie Hettle reflects on what it's like to be on the receiving end of abuse on social media, as BVA launches its #RespectYourVetTeam - end abuse campaign. 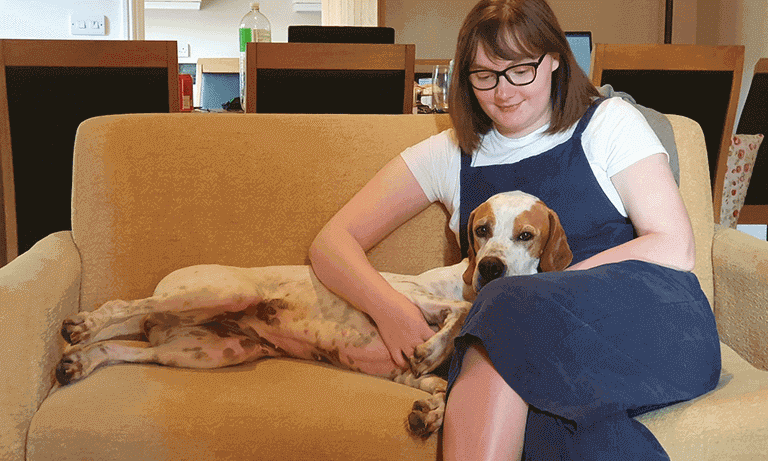 Six years of working in social media has revealed more about human nature than I could have imagined. The internet is a microcosm of the world at large, revealing the good, the bad, and the ugly of our society.

I’m privileged to be able to interact with thousands of people online everyday through BVA’s social media channels, but that brings with it challenges that I wish more people would understand. Too often I see people type before they think, not considering the person who will read and respond to their posts. The internet would be a much nicer place if more people paused and thought before typing. The etiquette that we’re used to outside of the internet still applies after all.

I couldn’t imagine not working in social media. I get to see real impact and results from the work I put in, from the likes to the comments and messages we receive, it all helps to show the value of what we do.

On any given day I will be thinking about how we can share BVA’s messages and content so that it reaches as many people as possible.

It’s not as simple as finding a pretty picture, writing something short, and posting it online. There’s a strategy between what we do to ensure our content works for different channels, we represent BVA’s values, and we deliver useful content for team vet, animal owners and the wider public.

Ultimately, it’s immensely rewarding to know that I’m playing a part in celebrating and championing the work of vets across the UK. It’s what encourages me to keep going despite some of the conflict and hostility that social media work can entail

It’s a common misconception that big accounts use interns on social media or it’s not the work of real professionals. The fact that you’re reading this, probably because you saw it on social media, is testament to the strategy and work involved in ensuring our content reaches the right audience.

Regardless of whether you’re a seasoned social media manager or you dip into social media occasionally to keep up with friends, we all deserve to be respected online.

That one in two vets surveyed by BVA experienced online abuse last year is sad but, unfortunately, not at all surprising. The vast majority of those I meet on social media are kind, passionate individuals who really care about the veterinary profession and animal health and welfare, but it’s the minority who are rude, threatening, or trolling that seem to shout the loudest.

The myth of the online identity

It’s a dangerous myth to believe that who you are online isn’t the same as the person you are offline. Yes, you can augment your reality by inventing lies and catfishing people but you’re still the same individual who clicks with the mouse and types on the keyboard. And the people you’re talking to, whose posts you’re commenting on and who you’re messaging, they’re individuals too. Would you say out loud what you’re typing to someone online?

I’ve had aggressive, rude, and threatening messages on many of the social media accounts I’ve run in my career and BVA is no exception. It can be overwhelming when a post goes viral, and you inevitably and unintentionally invite critics or trolls to get in touch. The thing that gets me down the most about the negative side of social media is that we all love animals. We’re all passionate about protecting animal health and welfare, and the vital work of vets and we don’t all have to agree on how to do this, but it all too often descends into terse words, then arguments, then abusive and threatening language. It doesn’t have to be that way. We welcome healthy debate, but we will not tolerate personal attacks or discriminatory language for instance, as detailed in our social media house rules.

Passion is welcomed but think about your intentions and the person on the other end before hitting send. It’s imperative that we look after each other’s wellbeing and mental health  even in the online world.

So how can we make social media better for vets and veterinary teams? We’ve launched our #RespectYourVetTeam campaign to highlight the problem and to start conversations about the impact of abuse both online and in person. We’re urging clients to be kind, considerate, and courteous towards veterinary teams. We’ve also launched a guide with practical tips for veterinary professionals and veterinary organisations on tackling online abuse aimed at empowering the profession to take a stand against abuse.

We’d love your support by sharing our #RespectYourVetTeam message and resources.

For members of the veterinary community who need help and support, you can reach out to Vetlife 24/7.