A world without animal feelings?

Would the veterinary profession still have a role if animals couldn’t feel? Possibly, but if to feel is the ability to consciously experience feelings such as fear, hunger, pleasure and pain, our role would be unrelated to animal welfare. 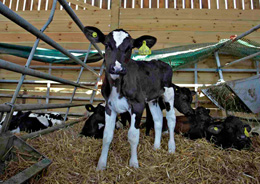 Would the veterinary profession still have a role if animals couldn’t feel? Possibly, but if to feel is the ability to consciously experience feelings such as fear, hunger, pleasure and pain, our role would be unrelated to animal welfare. That is because, for most people, welfare (or wellbeing, or quality of life) is something experienced by certain organisms. Those organisms that can feel are said to be sentient.

BVA’s animal welfare strategy, published earlier this year, includes an action “…to promote the relevance and importance of animal sentience to the veterinary profession.” Consultees felt it was important that the veterinary profession promoted the concept of animals as sentient beings and not simply commodities. To help deliver this action we have produced a series of short films with the non-governmental organisation (NGO) World Animal Protection.

If, in a world of insentient animals, we maintained our roles assisting farmers to raise healthy animals we would continue making our contributions to ensuring the animals were productive. But we would need to pay no regard whatsoever to the animals’ comfort or pain, as such states would not exist. Our RCVS declaration would be obsolete and our role would be comparable to an agronomist aiding in the growing of healthy plants.

The presence or absence of sentience therefore significantly alters our moral responsibility. To paraphrase veterinary surgeon and animal welfare scientist, Dr James Kirkwood, “there may be good reasons not to damage a precious rock, radio or rabbit, but only in the case of the rabbit is the reason anything to do with welfare”.

We can be confident that a rabbit can consciously experience feelings and the other inanimate objects cannot, and for this reason, as James Kirkwood notes in The distribution of the capacity for sentience in the animal kingdom, “sentience is the fundamental, morally important basis upon which concern for animal welfare rests.”

This fundamental moral relevance of animal sentience is enshrined in European legislation, introduced by the Lisbon Treaty:

“…the Union and the Member States shall, since animals are sentient beings, pay full regard to the welfare requirements of animals…”

What do different animals think and feel?

Having determined that a species or individual is sentient, some relevant questions follow:

Addressing these questions are important for informing public and professional discussion; for example, a dog-owning taxi driver recently admitted to me that he hadn’t ever considered that a dog routinely left alone for long periods might be under-stimulated, if not lonely or bored. Similarly, veterinary surgeon Emma Baker wrote honestly about how, when she began working in companion animal practice, she did not believe that a dog could become nervous of a veterinary practice having been castrated there over a year ago.

World Animal Protection operates internationally and will use these videos to help raise awareness of animal sentience in countries where animals have low moral status and little or no legal protection. In many cases, like the UK taxi driver, animal keepers have never considered that their animals might think or feel, or about the nature or extent of their feelings. For example, the reported “shock” of Vietnamese bear bile farmers seeing bears nesting, playing and bathing at an Animals Asia sanctuary, having only previously ever seen their caged bears with no room to move.

Promoting the relevance and implications of animal sentience is a key goal for the veterinary profession. As veterinary surgeon and animal welfare scientist Professor John Webster wrote:

“Increasing awareness of the nature of animal sentience will be the single most effective step towards increasing the sum of human compassion.”