Co-Director and Co-founder of Crustacean Compassion, Dr Maisie Tomlinson explains why it’s time for decapod crustaceans to be recognised as sentient, and included in the definition of ‘animal’ in all animal welfare legislation covering slaughter, housing, transport, and animal experimentation. 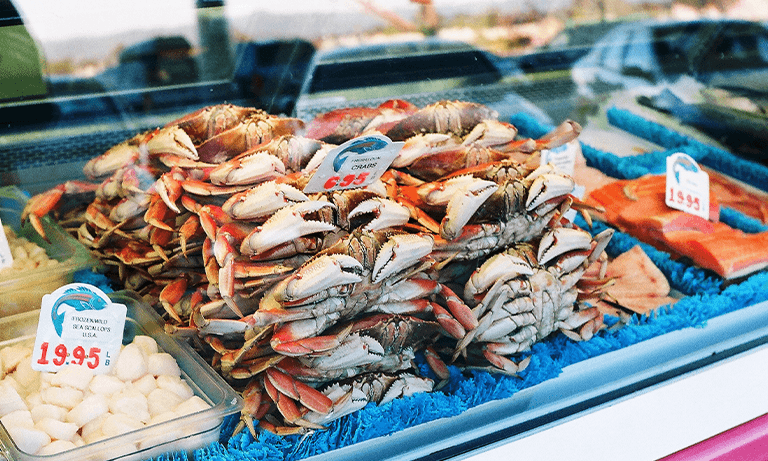 As we await the Queen’s Speech on 11 May, many animal welfare organisations are hoping that the Government will respond to pressure to bring about the long-promised animal sentience legislation, due to replace the requirement in EU law to pay full regard to the welfare of animals as living, feeling beings. But if evidence truly is to inform policy, there are two groups of animals that mustn’t be left out:  cephalopod molluscs and decapod crustaceans. As the UK’s leading animal welfare group for the latter, we are delighted to see BVA’s recognition of crabs, lobsters and other decapod crustaceans as sentient beings.

It is a pivotal moment for the conventional vertebrate-invertebrate divide in animal welfare legislation. With some exceptions, most notably the Animals (Scientific Procedures) Act 1986 where cephalopods like octopus, cuttlefish and squid are protected, invertebrates like crabs and lobsters are excluded from legal animal welfare protections. This is despite brutal treatment in the food and experimental industries, more than a decade of compelling scientific evidence of their ability to feel pain, and a clause in the 2006 Animal Welfare Act which provides for their inclusion should sufficient evidence of sentience emerge.

But things may just be about to change. Three years ago, in 2018, we delivered our campaign to then-Environment Secretary Michael Gove and were promised a review of the evidence of decapod crustacean sentience. An independent report, a Review of the Evidence for Sentience in Decapod Crustaceans and Cephalopod Molluscs, was finally commissioned and conducted by LSE Enterprise last year, accompanied by a Seafish report on the welfare risks to such animals in the food chain. No timeline has been released, but the Government reports that the results will be released “shortly”.  If found to be favourable to decapod and cephalopod sentience, the implications could make animal welfare history in the UK, and alleviate the suffering of the more than 420 million animals landed in UK ports each year. The report’s release must not be delayed, and any positive results must be incorporated into animal welfare legislation, including the long-awaited Sentience Bill.

Why we stand up for decapods

Crustacean Compassion was formed inresponse to a newspaper article in 2015 which reported the live shrink-wrapping of crabs in a UK supermarket. We were shocked when we realised that this practice was entirely legal because crabs had no protection under the Animal Welfare Act.  Since then, we have demonstrated that, far from being indifferent to these fishy, armoured creatures with their peculiar appearance and mysterious lives, the British public have overwhelming compassion for them. Our petition has received over 54,000 signatures, and we constantly receive emails from people desperate to stop the sale of animals destined to be boiled alive. We have mobilised the animal welfare community, persuading 41 animal welfare organisations to support us. In 2018 we submitted an open letter  to Defra, signed by BVA and the Animal Welfare Science Ethics and Law Veterinary Association (AWSELVA), as well as by leading veterinary professionals like Dr Sean Wensley, leading animal welfare scientists like Professor Michael Appleby OBE, and celebrity naturalists like Chris Packham, Michaela Strachan and Bill Bailey. All were convinced by the compelling scientific evidence, gained through a series of creative and award-winning experiments, that decapod crustaceans are capable not just of a reflex, nociceptive response, but of an actual experience of pain.

Welfare up to and including the point of slaughter

These findings are vitally important, because 1.2 million decapods a day in the UK may be subject to practices which would be considered completely unacceptable in a vertebrate animal. During storage, decapods may be kept on ice (a practice which is illegal for animal welfare reasons in Italy and Switzerland) or kept in tanks which are frequently overcrowded, brightly lit and devoid of shelter. They may be posted live to the consumer using online retailer couriers, risking injury, stress, and slow suffocation, before ending their lives in the bottom of a fridge or in a pan of boiling water. Breeding prawns are widely subject to a process called eyestalk ablation, which means severing the eyestalk and its associated reproductive gland, often without anaesthetic, in order to improve fertility.  Slaughter is commonly accomplished either by live dismemberment or by simply dropping the animals into boiling water to cook them, a situation which an edible crab may be conscious of for three whole minutes. Whilst some chefs and processors chill the animals first in an effort to be more humane, there is increasing evidence that this is ineffective, taking the animal roughly 30-40 minutes to lose behavioural signs of consciousness  and with little evidence that the animal is rendered unconscious, rather than just paralysed. BVA agrees with the principle that decapods (and cephalopods) should be humanely stunned before killing, and at Crustacean Compassion, we believe that the most humane method available is electrical stunning followed by immediate killing.  Such machines are already in use by some retailers, restaurants and processors, and further research is underway by the Humane Slaughter Association to determine effective parameters for different species.

Will you join us?

With the evidence-base ignored for far too long, it’s time for decapod crustaceans to be included in the definition of ‘animal’ in all animal welfare legislation covering slaughter, housing, transport, and animal experimentation. Mainstream political parties and organisations are joining us, including Labour, The Green Party, and the Conservative Animal Welfare Foundation. The Scottish Animal Welfare Commission’s recent Statement on Animal Sentience recognises the sentience of decapods and cephalopods.  Something must be catching the public mood, because a summer of decapod-themed family fun beckons with a quirky new Crab Museum soon to open in Margate.

Now all we need is for Defra to release their report on decapod and cephalopod sentience.

If the results are as positive as we believe they should be, there will be an urgent need for new expertise to drive policy; and new opportunities to ensure that these sensitive, captivating creatures, perfectly adapted to the rich opportunities of sea-beds and rockpools, are treated by humans with the respect and compassion that they deserve. Will you join us?