Life, death and the duck pond

Animal and human nurse Helen Ballantyne shares how a duck pond at a cardiothoracic ward at a hospital provided much needed respite and a focus for recovering patients. 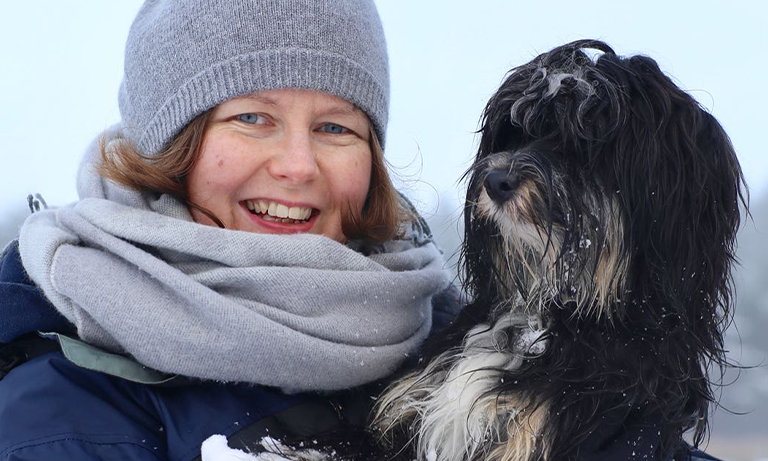 I once worked in a cardiothoracic hospital with a duck pond. A duck pond complete with two ferocious black swans and a handful of mallards ready to swarm at a moment’s notice should there be any prospect of food. It was surrounded by trees, and long, thick grass that backed onto a neat and tidy lawn.

I remember seeing the duck pond when I interviewed for my first job there, it was part of the tour of the grounds, something at the time I didn’t see the significance of. It was only later on, when I was working with seriously ill patients that I realised that duck pond was becoming a focus for my entire working day.

At that time, I was a Transplant Support nurse, caring for transplant patients in the hospital on an outreach basis. A rewarding and challenging role, the main perk being the ability to spend time with patients. Something that while working on the ward, I always lacked.

Some of my patients were waiting for heart transplants, forced to stay in hospital, their condition at the stage that they were reliant on pharmaceutical support, delivered intravenously all day every day, sometimes for several weeks. For these patients, being away from friends and family was hard, showering was almost impossible, and for some, the restriction on their independence caused by their constant attachment to a giving set, life sustaining drugs and drip stand was almost unbearable.

It was my role to offer support, counsel, education, whatever was needed and sometimes, what was needed was a trip to the duck pond. Accompanying these patients outside wasn’t an easy task. Clinically they were precarious, with the potential to fall down hard and fast. Taking them off the ward was nerve wracking, even though it was a short distance, the consequences of the extra time needed to reach them should they need emergency treatment could well have been the difference between survival or not.

So, I prepared, back up drugs, spare syringes, giving sets, a charged phone, an alert to the critical care outreach team, so they knew we were on the move and importantly where we would be if the worst happened and I called them.

It would have been so much easier to leave these patients in bed. Pop in and see them, say hello, chat to the relatives (all pre Covid) and go again, but the benefits always outweighed the effort and the risk.

I remember one chap, he was ex-military, used to being active and his frustration at being in his side room on the ward day after day waiting for a heart was palpable. When I walked in one day, he was practically rocking. I knew he needed the duck pond.

When I suggested it, he was elated at the prospect of fresh air. So, we packed up and walked, every afternoon when my clinics allowed.

The duck pond became his focus to the day, not just a ‘walk outside’ but a visit to a living breathing ecosystem where we watched ducklings, backed away from the savage swans and reflected. We talked, he told me about his incredible career, we debated politics and exchanged recipes for chocolate fridge cake. We visited in the sunshine, on crisp autumnal days with leaves crackling under our feet, in the drizzle and in the fog.

His demeanour visibly improved, something noticed by his wife, who rang me to thank me for taking the time to help. He went on to have a successful heart transplant, and afterwards, when I was seeing him in clinic, he would have always come via the duck pond, ‘his green space’ as he would call it.

As I reflect on this time with him, I get goosebumps. This was a man who was, quite literally at the edge of death. Struggling, understandably with the complexity of wishing for a transplant, but also understanding what that might mean for another family. Missing his wife, his daughter, his life.

And yet, forty minutes outside, most days helped him deal with all of that. It’s simply extraordinary.

Since that time I have read of the Japanese practice of ‘Shinrin yoku’ or ‘forest bathing’ spending time amongst trees for a peaceful, calming sensory experience. I have spent time near Lake Bled in Slovenia, famous for a historic eco-therapy that concentrated on a combination of air, water and sunshine.

While it’s certainly not new, visiting a green space is more relevant than ever, and as I have witnessed the effects of taking the time to be outside can be quite remarkable.

“There were moments of feeling completely overwhelmed but my overriding memories are of the camaraderie.” Veterinary reflections on the pandemic