#StandingOnHerShoulders: The Next Generation - Five female vets of the future

In a profession that currently sees more women than men practising around the UK, it seems strange to think of a time where you wouldn’t have found any female vets in practice, on farm, the lab or anywhere at all! But the veterinary community looks very different today and this month marks one hundred years since an Act of Parliament allowed women to practise as veterinary surgeons for the first time.

The Sex Disqualification (Removal) Act 1919 did away with the legal barriers that prevented women entering the veterinary profession as well as the civil service, government and law. It also permitted us to be awarded university degrees and in turn, enabled the likes of trailblazing veterinarian, Aleen Cust to become the first female vet recognised by the Royal College of Veterinary Surgeons (RCVS) in 1922.

Whether they are making their mark on the profession or have big dreams for the future, these five women talk to us about their inspirations and what the centenary means to them. 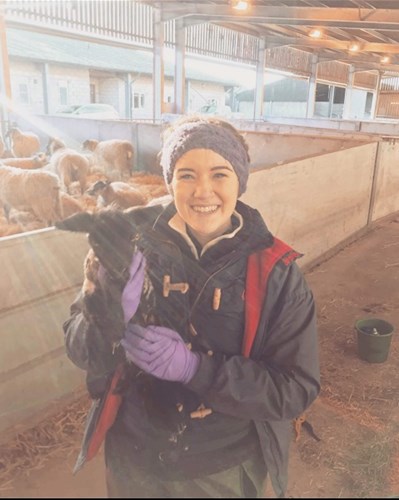 Katie is in her fifth year at Cambridge Vet School. She is currently the President of the Association of Veterinary Students (AVS) and a BVA council member. She is passionate about mixed practice and is keen to work in this field after graduation.

‘With this month being the 100-year anniversary of women being allowed to enter the profession, I started thinking about the enormous difference this made. It seems blasé to make the offhand comment that this change in the law has changed the lives of thousands of women over the last century, but that’s exactly what it has done. However, I have very mixed emotions about this anniversary. I struggle to comprehend that such tangible levels of gender inequality existed in our profession such a short time ago. On the other hand, it also fills me with hope. One hundred years from now, women in the veterinary profession will look back on 2019 and think how far they’ve come since.

‘I’ve had the pleasure of meeting, and being inspired by, so many wonderful women. In fact, too many to even begin attempting to list. So instead, I’ve thought about some of the incredible ladies who are inspiring me right now, as I try to muddle my way through the trials and tribulations of vet school.

‘Firstly, there’s my peers. When I was overwhelmed and struggling in first year, the two girls I had my anatomy supervisions with showed me so much kindness. They helped me when they barely knew me and showed me a compassion which I now realise is commonplace across the whole veterinary team. The lady who was supervising us at the time is also an absolute powerhouse of a women. She would be there, come thick or thin, rain or shine, to teach us, support us and look after us.

‘I count myself so lucky to be entering the veterinary profession at a time when there are so many strong women in positions of power. Amanda Boag and Mandisa Greene are the past and incoming Presidents of the RCVS, and are both hugely influential individuals, for whom I have an enormous amount of respect. And then there’s Daniella Dos Santos, current BVA President. Daniella has spearheaded a diversity campaign, highlighting an issue which has been ignored by the wider profession for far too long. All three of these women have taught me so much. They’ve shown me how to be a leader. How to inspire confidence in my team. And how to be a genuinely lovely, kind person at the same time.’ 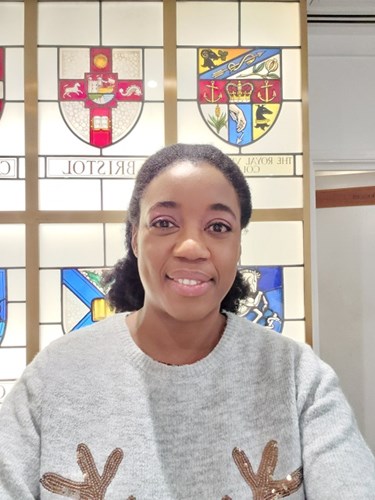 Mandisa is Junior Vice President at RCVS Council and a small animal vet. She has worked across a range of different practice settings as well as lecturing at Harper Adams University. She is a published author and works part of her week with MediVet. Mandisa is a champion for veterinary nurses and a strong advocate for giving them the recognition they deserve.

‘What's your plan B? That was a question I was being asked frequently. What will you do if you don't get into vet school? ... if you don't pass your final exams? ..... if you can't find a job?

‘My veterinary career started on a cold windy evening in Edinburgh with a phone call suggesting I should be sitting down for this news. None of it came easy to me; my route and path through vet school was convoluted but I was determined, and I imagine like many women who graduated in the earlier days of this profession I felt the need to prove myself.

‘I am constantly being inspired by women. By the recent graduates who live their truth fearlessly and by the more experienced vets who share their wisdom freely. I look to women for guidance, support, motivation and inspiration. This marker of 100 years since women were given the choice to become practising veterinary surgeons fills me with hope that change is possible, that attitudes can shift and even the journey of 100 years must begin with one first step.’ 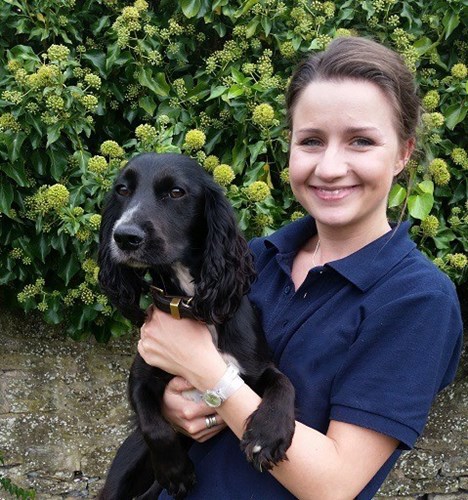 Alice is a small animal veterinary surgeon at Garston Veterinary Group in Somerset and a member of BVA’s policy committee. She has a particular interest in dog welfare and responsible pet ownership and breeding as well as green issues within the profession. Her tenacity and passion have impressed many of her peers and colleagues within BVA’s committee.

'As a proud and passionate advocate of gender equality and women in science, I am absolutely thrilled to be taking part in the celebration of 100 years of women practising as veterinary surgeons. What a brilliant milestone to have achieved! I feel such a sense of awe, pride and gratitude towards those brave female trailblazers who have come before me.

‘Growing up, I was in the exceptionally fortunate position of being surrounded by many strong, inspirational women. My first taste of feminism came from my experiences at secondary school. I attended Prior's Field School in Surrey: a forward thinking, progressive girls’ school. My school teachers fostered my interests in science and encouraged me to aim higher than I would have otherwise dared to. And so, I found myself starting my veterinary medicine degree at the University of Cambridge in 2009. I attended Newnham College - one of the last remaining all-female colleges at Cambridge.

‘Newnham has an incredibly special community of women, but perhaps most notable for me at the time was our Principal, Dame Carol Black, who has had an outstanding career in medicine and academia. I will forever be grateful for the years I spent there - I owe Newnham an awful lot for nourishing me into the woman I am today.

‘Looking back, I think it was only once I had left the haven of education that I really began to realise how lucky I had been. I had been perfectly shielded from the lingering inequality that has pervaded society and established itself into the subconscious of men and women alike. What a different person I could have been had I not been afforded this 'luxury'! How would I have fared in 1871, when the first few women took refuge at Newnham College? It is astonishing to think that it was nearly 50 years after this that women were first allowed to practise as vets. Thinking specifically of my veterinary colleagues - there is one inspirational woman who really stands out for me. Her name is Jane Gilbert (née Willan) BSc MA VetMB MRCVS. Jane is a first opinion ambulatory equine vet practising in South East England. Aside from providing the finest veterinary care to my faithful four-legged friend, Jane has been an amazing mentor to me throughout my journey to becoming a vet. I learnt so much from her during my time seeing practice as a student; I really admire the respect and friendship she has earnt from her loyal clients and her infectiously positive attitude towards any problem she is faced with (even when wrestling a feisty foal whilst pregnant with twins!). If I can be half the vet that she is, I'll retire happy.' 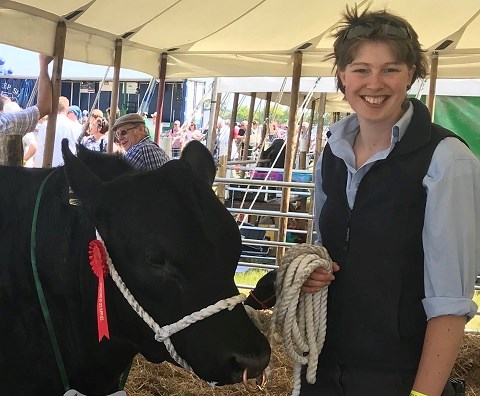 Emily is a dedicated farm animal vet at Oakwood Veterinary Group with a specialist interest in lameness in dairy cattle. She recently won BVA’s first Young Vet of the Year Award (supported by Zoetis) for going above and beyond in helping a local practice during a difficult period.

‘In terms of a female inspiration if I have to say one person I would say Dorothy Brooke, a woman who was not afraid to put animal welfare above societal norms and fight for what she believed in (in her case saving old war horses, rather than being a dutiful wife sat at home receiving guests). I however would like to thank all the woman who have stood up and fought for equality both in past and present both in the world and the profession and fought those battles, so I don’t have to. I could go to school, college and step out on farm without raised eyebrows all because of those women that paved my way. One hundred years is a milestone and we can look how far we have come. All of the finalists for young vet of the year were women, the current BVA president is a woman, the current Chief Veterinary Officers for England, Scotland and Wales are all women - I hope Aleen Cust would be proud of us!’. 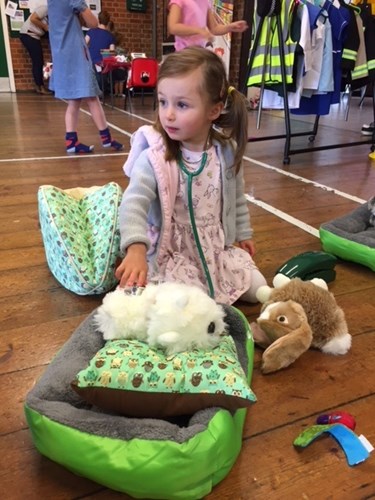 In a recent BVA Voice of the Veterinary survey, 11% of vets said that they had made the decision to become a vet by the age of five. Abigail is a four-year-old, aspiring vet! Her mum is Head of Media and Public Affairs at BVA.

‘I started wanting to be a vet a while ago, before Mummy joined BVA! One of my first words was ‘dog’ and I really love animals. I like pretending to make my toys better with my vet set and creating a ‘pet hospital’ at home. I would like to be a baker too!’