Bruce Vivash Jones reflects on the extraordinary achievements of some of the earliest women vets and their influence on his life and career.

In 1952, a year after graduating from the Royal Veterinary College (RVC), I was in small animal practice in London and joined the Central Veterinary Society, the one meeting place for small animal practitioners. I was very quickly persuaded that I would be the ideal Secretary and soon got to know the female members: Margaret Bentley, Olive Evans, Molly Freak, Joan Joshua, Madeleine Sheppard, Olga Uvarov, Rosemary Welch, and others. Women then were still fairly new entrants to the profession.

Of the ladies I remember, all of whom qualified MRCVS in the 1930s – the worst possible time: the end of the horse era and little growth with other species, these were the depression years – there were three for whom I had the greatest admiration and respect, and all for different reasons. 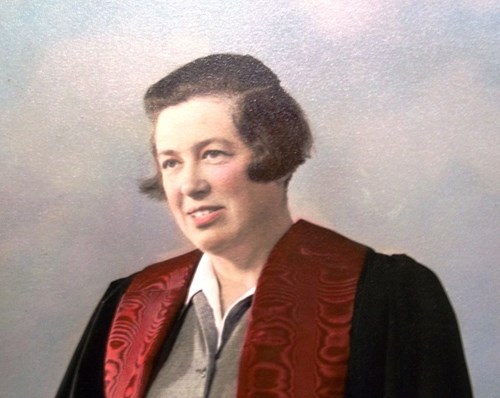 Joan Joshua had a difficult start in life and had to wait until she was 21 before she could enter the RVC. She was an exemplary student, was awarded five subject and two centenary medals, and was best overall student in her fourth and final years.

Just before the outbreak of the 1939 war, she put up her plate at her mother’s house. Then in 1941 the Ministry of Labour decided to ‘call up’ women veterinary surgeons for war work, while men were exempt in a reserved occupation. I quote, “with the belligerent vigour that was to characterise the whole of her professional life, she sorted out this sexist discrimination by challenging the Ministry of Labour in person. Within 10 days she had the position rectified with the assurance that this would not recur!” In the same year she co-founded the Society of Women Veterinary Surgeons and was elected President.  It gave her a position from which to initiate changes.

Joan was a competent practitioner, excellent with cats and their ailments, was very positive with her clients, and sat on many influential committees. She was the first woman Fellow of the RCVS, the first woman to serve on RCVS Council, was on Council of NVMA (now BVA) for twelve years, and much more. She was always helpful to me in organising meetings or being an “emergency” speaker, but as well as her professional and political aptitude, she had both integrity and a high moral stance. In 1966 she joined the Liverpool School teaching staff and stood down from RCVS Council; she was in line to become President but considered it inappropriate after she had left practice. 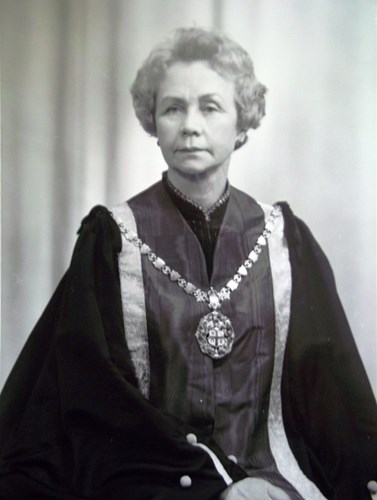 Olga Uvarov had a terrible start to life - born in Russia and only seven years old when the Revolution started. She saw her parents die and spent horrific months with her three brothers, all of them starving and sick until her uncle, who lived in London, was able to extradite her: she arrived in England, waif-like, labelled “Orphan No.7”.  Deciding on veterinary medicine, she qualified MRCVS in 1934, having won medals for physiology and histology. She soon put up her plate in south-west London and built a practice which, for health reasons, she sold in 1953. Joining Glaxo to head their veterinary advisory service, she really flourished in the role.  Her great interest in life was knowledge and its transmission to others. Retiring in 1970, she enjoyed the part-time post of BVA’s technical information officer; it was her perfect job.

I knew Olga from the 1950s. At every Central meeting question time she was always first on her feet, notepad in hand, requesting clarification on various points, never critical, always complimentary. I had also joined Glaxo in a different division and she would frequently visit, always with the questions. She was on BVA Council for 25 years, on RCVS Council and, in 1976, became the first woman President of RCVS. She served on innumerable Committees, published some fifty scientific papers and received many awards. In 1977, Olga was awarded the CBE and in 1983 the DBE - the first woman veterinarian to receive the honour.

Olga was granted citizenship and was immensely proud to be British. She had a serious approach to life, was concerned to follow correct behaviour, always well groomed, and had a natural dignity and authority. She spoke well, with clarity and was not afraid to upset authority. She totally eschewed the use of the word ‘vet’ and always spoke of ‘medicines’, never ‘drugs’. She lived to be 91; I still have her last letter in which she trusted that I would always keep learning and always improve myself!  She was a good friend.

Madeleine Sheppard was a 1933 RVC graduate., , As a student, I believe she had a unique clean sweep of the medal prizes. She became senior house surgeon at the Beaumont Hospital under Professor J.G. Wright and developed an interest in anaesthesia when injectable barbiturates were being explored. Wright became the protagonist for these in dogs and cats, but it was Madeleine who provided most of his “more than 2000 cases, and in over 800 consecutive ones without a death”, but he did not give her credit in his book.

She was a skilled clinician and set up practice in Bayswater in the 1950s, but upset neighbouring practices when she charged half their price for a cat spay. She told them it was to prevent unwanted kittens; to see her conduct a spay was a revelation of speed and perfection. We worked together on a new anaesthetic combination and I had to persuade her to talk to the Central Veterinary Society on feline orthopaedic surgery and then had to persuade her again to write it for me to include in the first issue of The Journal of Small Animal Practice. She never sought honours or played a role in veterinary politics; she felt her place was as veterinary surgeon and adviser to her clients and their animals.  Her work was essentially unrecognised but she had enabled a major advance in small animal anaesthesia. An obituarist wrote “she was a remarkable woman”. And a singularly nice one as well.

Those were my three mentors. But there were many more that I was fortunate to know. Petronel Williams graduated in 1935, could not find work and went to live with Aleen Cust. When I knew her she was elderly, but I was able to hear a personal view of Cust. Evelyn Knight, second woman to be admitted to RCVS (1923) and first to earn a veterinary BSc, established a successful practice and impressed me as a very practical and empathetic person.

One must not forget Winnie (Mary) Brancker (1937), an eminent veterinary practitioner and first woman President of BVA in a particularly difficult foot-and-mouth disease outbreak year, who was awarded CBE in 2000. 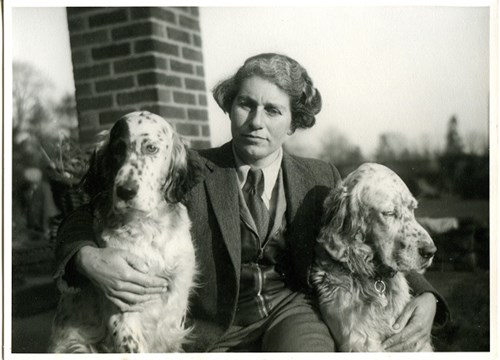 I asked her to speak at a meeting and knowing she was aged 95, offered help with transport. She refused it, arrived on time, spoke well and left to catch her train home alone. Quite exceptional. Aleen Cust’s determination to become a veterinary surgeon and her treatment by the Royal College are well-known, and the 1919 Law allowed her admittance to membership in 1922. 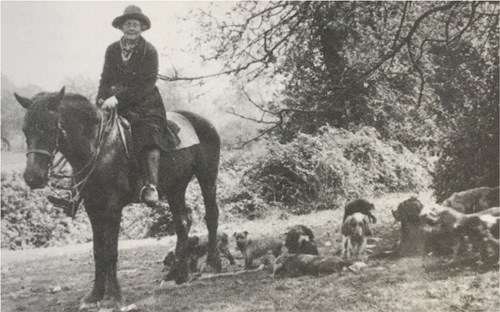 Of interest is a folder in the RCVS archives titled ‘Lady Members of the RCVS’.  It is a handwritten chronological list of the first 322, starting with Cust. Joshua, Uvarov and Sheppard are in the first 100, but I saw Barbara Edwards at number 318. She built her own solo practice, took on a partner and later retired after 21 years. Barbara then agreed to marry me, so I am happy to say that I have been greatly influenced by four lady veterinarians.

The 1919 Sex Disqualification (Removal) Act enabled the admission of women to the profession.  It has broadened our talents and added a new dimension. not just in clinical practice, but in empathy and compassion.  They have built on the first brave steps of Aleen Cust.

Bruce Vivash Jones BVetSts, MRCVS Royal Veterinary College 1951 is Senior Vice Chairman of the Veterinary History Society In a rather diverse (and long) veterinary career, he was a founder member of the BSAVA, founder-editor of The Journal of Small Animal Practice, author/editor of the book later titled Jones’s Animal Nursing. Travelled globally as consultant, and currently studying the history of the veterinary profession. In July 2019, he was awarded the Honorary Degree of DVetMed by London University.