The importance of veterinary vaccines in the One Health Agenda

Mike Francis discusses the importance of veterinary vaccines within the One Health Agenda and explores the role that they play both in the control of zoonotic disease and the development of human vaccines. 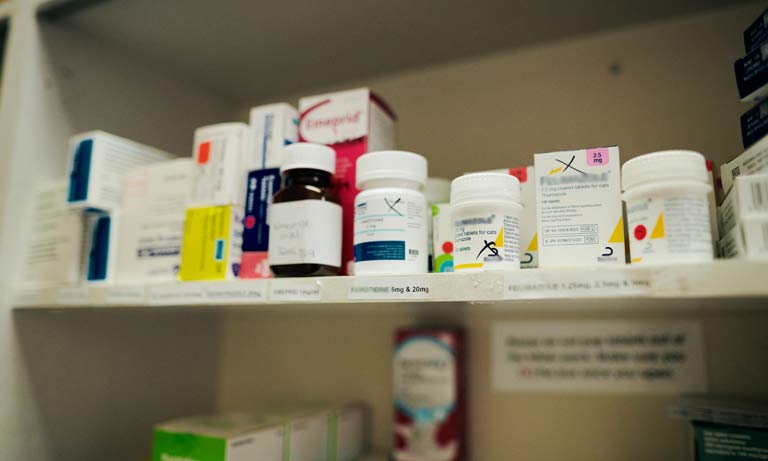 The One Health concept has been defined as 'the integration effort of multiple disciplines working locally, nationally, and globally to attaining optimal health for people, animals, and the environment'. It recognises that there is a significant connection between the health of animals and that of humans, and the impact that they both have on the environment.

Because of their expertise, veterinarians play critical roles in the health of animals, humans, and the environment, but these multiple responsibilities are often overlooked or unrecognised. Veterinary medicine is the only profession that routinely operates at the interface of the three components of One Health.

The link between the health of animals and humans is especially relevant since six out of every ten infectious diseases in humans are contracted from animals. In addition, it is estimated that at least 70% of emerging and re-emerging diseases are either zoonotic (spread from animals to humans) or vector-born (carried from infected animals to others through insects).

Since many infectious diseases can pass between animals and humans, food production, human diet, and community, stability can all be harmed by those that infect livestock, companion animals, and wildlife. Emerging veterinary and human diseases, such as highly pathogenic avian influenza viruses, emphasise the threat posed to society. Collaboration between human and animal health researchers offers the possibility of advancing the understanding of zoonotic diseases and encourages a translational approach to medicine through the sharing of ideas.

Vaccines have a key role to play within the One Health agenda since they can control disease transmission between animals and humans, and have a significant impact on their shared environments. As a prophylactic measure they can prevent the emergence of disease in the first place and as an intervention they can restrict its spread. Indeed, several vaccines are targeted towards domesticated animals and livestock in order to prevent the disease in both animals and humans (eg leptospirosis, rabies, and Rift Valley Fever).

A novel Rift Valley Fever vaccine based on a replication deficient simian adenovirus vector encoding the conserved RVF virus surface glycoproteins Gn and Gc is an excellent example of One Health in Action. This vaccine is being developed simultaneously for both human and veterinary application using the same genetic construct. As a result, the safety and efficacy data generated for its application within livestock can be used to support and justify key studies in humans. It is hoped that the final vaccine against this important zoonotic disease will be deployed against the same pathogen in both animals and humans.

In fact, it is interesting to observe that many new vaccine technologies often find their first application within veterinary medicine. They might include novel delivery systems, novel adjuvants/immunostimulants and recombinant technologies. There are now many examples from the early 1980’s onwards of registered commercial veterinary vaccines derived though biotechnology, involving prokaryotic and eukaryotic antigen expression, sub-unit delivery, viral vectors, chimeric antigens, virus like particles (VLPs), genetic attenuation, DNA delivery, and plant cell expression.

Benefits to be derived from veterinary research

Thus, collaboration between animal and human health researchers offers the potential to advance the understanding of mutually relevant diseases and expand the translational approach to medicine. Indeed, utilising more relevant in vivo animal disease models and experience with Veterinary Vaccines can help to accelerate pre-clinical research for human vaccines, and thus shorten the cycle from research to commercialisation by validating zoonotic diseases in target species. In addition, the expertise within the veterinary vaccine industry to produce relatively low-cost high-quality vaccines to Good Manufacturing Practice (GMP) can potentially be used to reduce to cost of human vaccine production and make vaccines more affordable within LMIC markets.

Advancing technologies and science-based evidence are increasing our awareness, knowledge, and understanding of the interdependency of the health of animals and humans, and their environments. This is in turn is likely to lead to new disease control strategies involving novel vaccines with improved efficacy, safety, and delivery, and veterinary medicine has an important role to play in this field of research.

For more information on this subject, contact [email protected]

For more information about One Health, check out the BVA One Health in Action report.

Utilising and expanding the RVN’s role in practice