Westminster debates impact of Brexit on veterinary profession in Wales 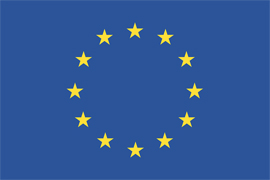 There’s no doubt that Britain’s withdrawal from the European Union will have a major impact on the veterinary workforce in Wales. In a nation of animal lovers and one where agriculture is the cornerstone of the economy, vets play a vital role in maintaining high standards of animal health and welfare, food safety and public health.

As with the rest of the UK, Wales is also indebted to a high proportion of non-UK EU vets, particularly in the public health sphere. It’s estimated that 100% of Official Veterinarians in Welsh abattoirs (95% UK-wide) are from overseas, mainly the EU, so losing just a fraction of these post-Brexit could have serious consequences and increase the risk of food fraud in the supply chain.

Fearful for the future?

With 44% of EU vets in the UK saying that they are ‘fearful for their future’, and one in five actively looking for work elsewhere, BVA is pushing hard for vets to be placed on the shortage occupation list, to safeguard against severe post-Brexit shortfalls in the workforce.

We were really encouraged last week to see these challenges explored on a national political platform, in the form of a Westminster Hall Debate secured by Plaid Cymru MP, Ben Lake. As someone with a large constituency including some sparsely populated rural areas, he has a good understanding of the role that vets play at the heart of communities, and the importance of ensuring that the workforce stays resilient in a post-Brexit Wales. Not long into his speech, he recognised vets as ‘pillars of communities’, particularly in rural areas.

The debate covered many of the points of concern that BVA has raised as part of our Brexit campaign activityt. Mr Lake spoke about the ‘serious repercussions’ of losing non-UK vets in a nation where 40% of vets trained and graduated in the EU. He echoed BVA’s calls for vets to be added to the shortage occupation list, and voiced concerns that it will be even more difficult to meet demand in the event of a predicted 325% increase in the volume of products requiring veterinary certification if the UK leaves the single market and the EU’s customs union.

In her response to his speech, Defra Minister Thérèse Coffey acknowledged the valuable contribution of vets in Wales and nationwide, and said that the government was committed to ensuring continued access to a talented workforce after we leave the EU. This will include a focus on supporting homegrown graduates as well as ensuring that EU nationals can continue working in the UK post-Brexit.

She referenced the veterinary capability and capacity project, which is working to assess and address the challenges and opportunities posed by Brexit with input from BVA, the Royal College of Veterinary Surgeons and the Chief Veterinary Officer for Wales, among others. In closing, she emphasised the Government’s commitment to shaping a ‘sustainable, thriving, diverse and modernised UK veterinary infrastructure, which is resilient to workforce impacts and able to take opportunities upon leaving the EU.’

It was really positive to hear a lot of appreciation for vets from both speakers and in the comments of other MPs who also aired their views. There certainly seemed to be strong cross-party consensus that vets are a trusted and valued profession and that there is a pressing need to recognise and act on the challenges posed by Brexit.

BVA Welsh Branch will be working hard to make sure that politicians continue to lend an ear to and act on our members’ concerns, and that the Government’s commitments to a strong workforce are realised.

The impact of Brexit on vets in Wales

Making a difference in Wales