Kirsty Withnall, a case officer with the RSPCA’s Special Operations Unit, reflects on a concerning increase in ear cropping cases and shares how the illegal procedure can lead to life-long problems for the dogs in question. 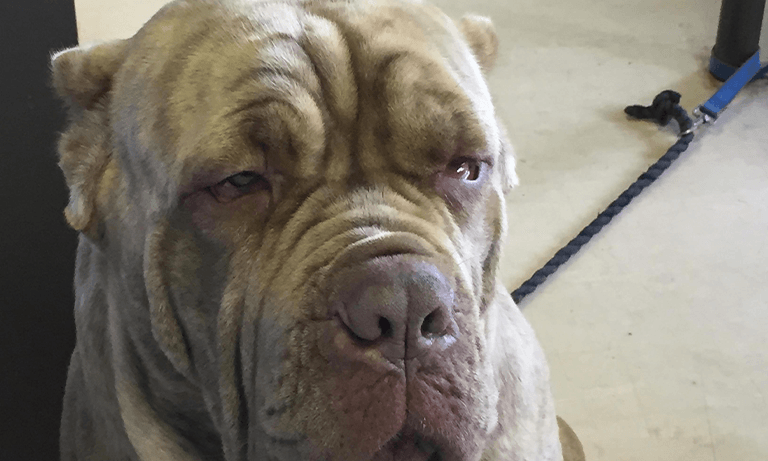 Ear cropping is a barbaric process which has been illegal since 2006 but is, worryingly, becoming increasingly popular. In the last six years, we’ve seen reports of cropping increase by 621% and, in 2020, we had a record number of calls about the practice, with 101 complaints made to our cruelty hotline.

In recent weeks, we’ve seen the conclusion of two cropping cases - investigated and taken to court by our teams - after owners allowed or arranged for their puppies’ ears to be cropped. And one of our rescue centres currently has FIVE dogs in its care, all with callously cropped ears and various related health and behaviour problems as a result of the completely unnatural mutilation they’ve suffered.

It’s shocking that something that’s been considered consigned to the past for so long now appears to be making a worrying resurgence. Cropping is illegal under Section 5 of the Animal Welfare Act 2006. However, it’s still legal in some parts of the world, including the USA and some European countries. And we fear that celebrity culture, images on social media, and an increase in cropped dogs being used in advertising is normalising - and even glamorising - the look.

There have been various trends for ear cropping in the past, including in breeds such as dobermans - where ears were cropped and splinted to encourage them to grow upright - as well as cane corsos and presa canarios. Now, we’re seeing cropping surge in bull breeds, such as American bullies, which are growing in popularity in the UK. These dogs are often coming to us with the ears completely cut off and, we suspect, this procedure is often undertaken without anaesthetic or pain relief. Officers from our Special Operations Unit - a specialist unit tasked with investigating large scale and organised animal crime - have attended several bully breed shows to find almost all dogs being shown display cropped ears.

But why would anyone mutilate a dog in this way? There is absolutely no benefit to the dog, only pain and suffering. These procedures are being undertaken for purely cosmetic reasons; because they want to achieve a certain ‘tough’ look. But cropping a dogs’ ears can lead to serious life-long problems.

Cane corso Jess is currently being looked after by staff at one of our rehoming centres in Dorset. The two-year-old has had her ears cropped and her tail docked. She’s extremely sensitive and hates having her harness slipped over her head due to the pain memory. Behavioural problems related to the pain and trauma they have experienced are sadly common and require the ongoing support of our behavioural teams and caring staff. Jess is also very sensitive to noise, just like six-year-old cane corso Blue who arrived at one of our centres in Essex earlier this year alongside her friend, Brook. Both have cropped ears.

Cropping can have wider long-term behavioural implications. Dogs rely on their ears to communicate with people and other dogs so those with cropped ears can find it difficult to signal how they’re feeling in certain situations. Jess has found this difficult, as does Neapolitan mastiff-cross, Eton; an RSPCA rescue who was adopted by one of the staff members who took care of him. He finds it difficult to socialise with other dogs and with people after losing one of his key communication tools. 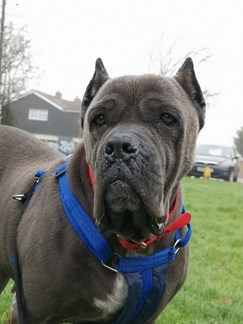 It’s illegal to crop a dogs’ ears here in the UK. But it currently isn’t illegal to import a dog who has undergone the hideous procedure abroad. We want to see this stopped and are backing the campaign calling for the closure of all legal loopholes that are allowing the trend in ear-cropped dogs to continue. We also want to crackdown on those who continue to flout the law here; but we need your help. If you suspect a breeder or owner has cropped their dogs’ ears or arranged for them to be cropped please contact our cruelty hotline on 0300 1234 999 in England and Wales. And if you work within the veterinary profession and suspect someone of cropping, you can report this to your local authority animal health and welfare team. 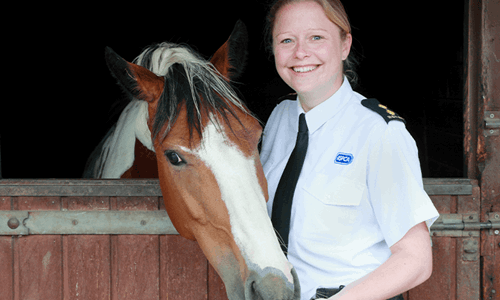