Vet Record is a co-signatory to an editorial published by over 200 leading journals calling for urgent action to tackle the climate emergency. 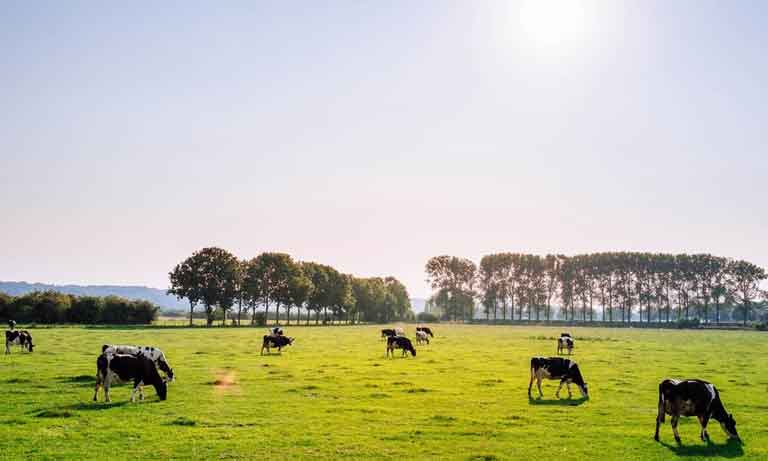 Today our journal Vet Record has joined medical, nursing, veterinary, and public health journals across the world to simultaneously publish an editorial calling for world leaders to take emergency action to transform societies and limit climate change, restore biodiversity, and protect health. Alongside Vet Record, the editorial will be published in over 200 leading journals, including The Lancet, the East African Medical Journal, the Chinese Science Bulletin, the New England Journal of Medicine, the International Nursing Review, the National Medical Journal of India, The British Medical Journal, the Revista de Saúde Pública (Brazil), and the Medical Journal of Australia. Never have so many journals combined to publish the same editorial.

The editorial is being published in advance of the UN General Assembly, one of the last international meetings taking place before the (COP26) climate conference in Glasgow, UK in November. This is a crucial moment to urge all countries to deliver enhanced and ambitious climate plans to honour the goals of the Paris Agreement. In a year of Covid-19 and crucial environmental conferences, the editorial warns that the greatest threat to global public health is the continued failure of world leaders to take adequate action to keep the global temperature rise below 1.5°C and to restore nature.

Current promises are not enough

For decades, health professionals and health journals have warned of the severe and growing impacts on health from climate change and the destruction of nature. Heat related mortality, health impacts from destructive weather events and the widespread degradation of ecosystems essential to human health are just a few of the impacts that we are seeing more of due to a changing climate.  These impacts disproportionately affect the most vulnerable, including children and the elderly, ethnic minorities, poorer communities and those with underlying health conditions.

The editorial warns that while recent targets to reduce emissions and conserve nature are welcome, they are not enough and are yet to be matched with credible short and longer term plans. It urges governments to intervene to transform societies and economies, for example by supporting the redesign of transport systems, cities, production and distribution of food, markets for financial investments, and health systems. Such investments will produce huge positive benefits, including high quality jobs, reduced air pollution, increased physical activity, and improved housing and diet. Better air quality alone would realise health benefits that easily offset the global costs of emissions reductions. These measures will also improve the social and economic determinants of health, the poor state of which may have made populations more vulnerable to the covid-19 pandemic.

“The risks posed by climate change could dwarf those of any single disease. The COVID-19 pandemic will end, but there is no vaccine for the climate crisis. The IPCC report shows that every fraction of a degree hotter endangers our health and future. Similarly, every action taken to limit emissions and warming brings us closer to a healthier and safer future.”

The editorial argues that sufficient global action can only be achieved if high-income countries do far more to support the rest of the world and to reduce their own consumption. Developed countries must commit to increasing climate finance: fulfilling their outstanding commitment to provide $100 billion a year, have a dual focus on mitigation and adaptation, including improving the resilience of health systems. Crucially, the editorial argues that this money should be provided in the form of grants, rather than loans, and should come alongside forgiving large debts, which constrain the agency of so many low-income countries. Additional funding must be marshalled to compensate for inevitable loss and damage caused by the consequences of the environmental crisis.

Any warming makes our planet more unsafe, and the recent IPCC report shows that until the world has reached net-zero greenhouse gases the planet will continue to warm. We are already seeing these impacts globally and we already know that the consequences of the environmental crisis fall disproportionately on those countries and communities that have contributed least to the problem. A business as usual scenario would spell disaster for the planet. Governments must seize this opportunity to put forward ambitious climate goals for the sake of our health, for people worldwide and future generations.

In a vet-focused editorial to be published later this week, Suzanne Jarvis, Vet Record editor, says: “There is now a global emergency but cataclysmic climate change is not inevitable; however, changes need to be made urgently. Vet Record, along with numerous other healthcare journals from around the world, have published a commentary piece as a call for action.

“The commentary is written by a number of human medical health journal editors and health climate change experts, so does have a focus on human healthcare systems and how these need to change. However, it doesn’t take much to extrapolate what they are saying to the veterinary arena. Because of this Vet Record was happy to sign up to the call to support this initiative when invited – that of doing more – and soon – to limit increasing global temperatures.”