Defra has expressed its commitment to work with the #CutTheCrop campaign to end the concerning trend of ear-cropped dogs in the UK. 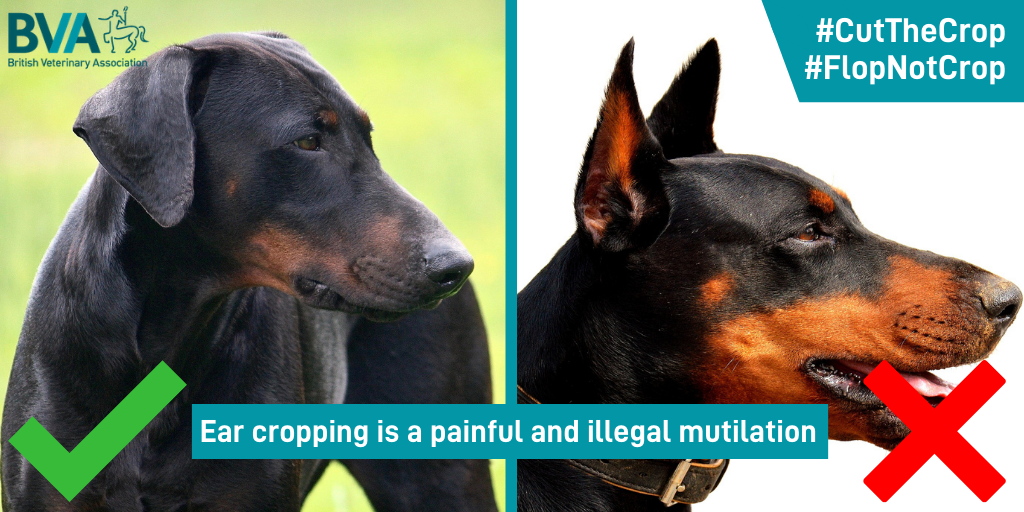 The British Veterinary Association and The FOAL Group have welcomed the Government’s encouraging written response to their petition calling for the closure of all legal loopholes that allow the cruel and illegal practice of ear cropping dogs to continue.

Responding to the petition after it surpassed 61,000 signatures (the Government responds to petitions that get over 10,000 signatures), Defra has expressed its commitment to work with the #CutTheCrop campaign to end the concerning trend of ear-cropped dogs in the UK, stating:

“The Government will engage with stakeholders, including the RSPCA, to understand the extent to which dogs are having their ears cropped in breach of the law in this country. Now the Transition Period has ended, we also have the opportunity to consider options regarding this abhorrent practice for imported dogs, in line with World Trade Organisation rules and would welcome further evidence from stakeholders and the public on this issue.”

“We’re delighted that the Government has committed to working with the #CutTheCrop campaign to close all loopholes that allow the trend of ear cropped dogs to continue in the UK. We look forward to engaging with Defra on this matter soon and will be writing to Animal Welfare Minister Lord Goldsmith to request a meeting with various supporting veterinary and animal welfare organisations at the table.

“However, current legal loopholes allow the trend of importing ear-cropped dogs into the UK to continue, and also act as a smokescreen for illegal cropping taking place within the UK.

“It has been fantastic to see the petition signatures rise to 61,000 in two weeks. I’d urge the public to continue to sign and share the campaign petition to help it cross the 100,000 mark to ensure a parliamentary debate and take things a step closer towards definitive legislative action.”

“We, at The FOAL Group, welcome the Government’s initial response to the #FlopNotCrop petition. We have now reached over 61,000 signatures in two weeks and still climbing.

“We look forward to contributing to the discussions on the points raised, to provide the Government with the evidence of our research with a view to finding a feasible and robust solution.

“We’d like to thank all the great organisations that have come together to be part of this collaboration, as well as many others that have declared their support and most importantly every individual that has supported, signed and shared the petition so far. Please help us keep this awesome momentum going and together we will #CutTheCrop!”

The petition, ‘Stop the rising number of ear-cropped dogs in the UK’, and the Government’s written response to it, can be viewed here.

Roadmaps out of lockdown for veterinary practices