#ItTakesTwo: Companionship in rabbits is key to their welfare, say vets

In a joint position, BVA, BVZS and BSAVA have called for greater awareness of the health and welfare benefits of housing rabbits in compatible pairs. 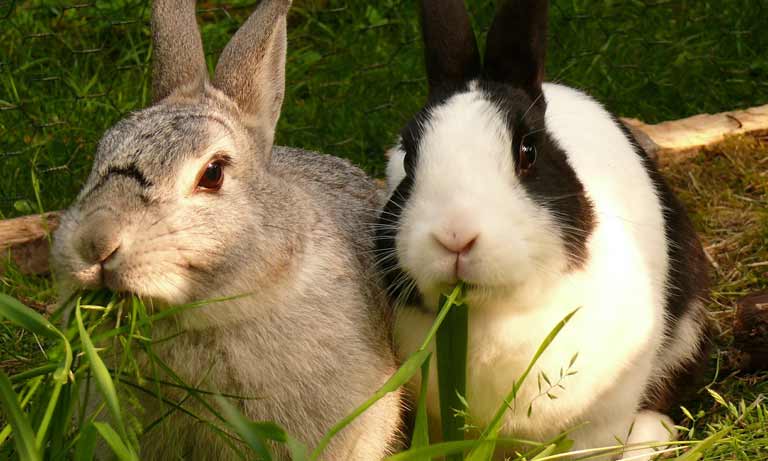 Three leading veterinary bodies have teamed up to produce a series of recommendations to raise the bar on rabbit welfare in the UK.

In a joint position published today (15 January 2020), the British Veterinary Association (BVA), British Veterinary Zoological Society (BVZS) and British Small Animal Veterinary Association (BSAVA) have called for greater awareness of the health and welfare benefits of housing rabbits in compatible pairs.  They are also recommending that rabbit medicine should be featured more prominently within the veterinary curriculum so that vets are better equipped to care for the species.

According to the 2019 PDSA PAW report, rabbits are the UK’s third most popular mammalian pet. However, their needs remain very misunderstood. A recent BVA survey of vets in the UK showed that 73 per cent had seen pet rabbits who were not having all of their welfare needs met and of the rabbits they saw, 42 per cent were housed alone.

The evidence on the importance of housing rabbits in pairs demonstrates the benefits to their physical and mental health, behavioural opportunities (such as mutual grooming). Rabbits are a prey species and traditionally live in colonies in the wild. Research also shows that they often actively seek out the company of other rabbits in preference to food.

The position recommends better integration of rabbit medicine and husbandry into the veterinary curriculum so that their management and treatment can be undertaken confidently, by any general practitioner.

It also recommends that vets have a role in advising and educating owners about the importance of housing pet rabbits in compatible pairs: that is, two of the same sex (preferably neutered) or of neutered opposite sex, as well as the health benefits of neutering. The position says that pet sellers should inform potential owners that rabbits should not be housed alone, as well as advising on best practice and ensuring that only hutches with appropriate space to house two rabbits are sold to them.

“Whether they are outside or inside, rabbits are highly sociable animals and benefit from a suitable companion. Year after year, statistics show that a large proportion of the UK’s pet rabbits still live alone. I am really pleased to be launching this joint position in which we can offer owners, veterinary professionals, and other stakeholders - from pet sellers to Government - strong advice on the importance of companionship and best practice.

“We want to create better awareness of the health and welfare benefits of keeping rabbits in compatible pairs and encourage colleagues and members to spread the word that #ItTakesTwo!”

"Rabbits are the third most popular mammal pet in the UK, and unfortunately, their health and welfare needs are often not met. The better the conditions that we keep rabbits in, the less welfare and medical problems they will have during their lives.  Along with the correct diet, keeping rabbits in suitable social groups is vital to healthy happy pets. Good food and nice company make for a healthier rabbit."

“Rabbits are popular pets with their own unique welfare needs which may not be met, often simply due to lack of in-depth knowledge as opposed to any willful intention to neglect their needs when it comes to companionship.

“Vets, along with relevant practice staff, are well-placed to provide advice to existing or prospective owners on how to best provide for their pet rabbit’s needs. In supporting improvements to the health and welfare of rabbits, BSAVA will continue to work collaboratively with other organisations to achieve these shared goals and interests.”