A Guildford based vet who has advised governments on how to improve welfare of animals across the species has today been announced as the recipient of the British Veterinary Association’s (BVA) prestigious Chiron Award. 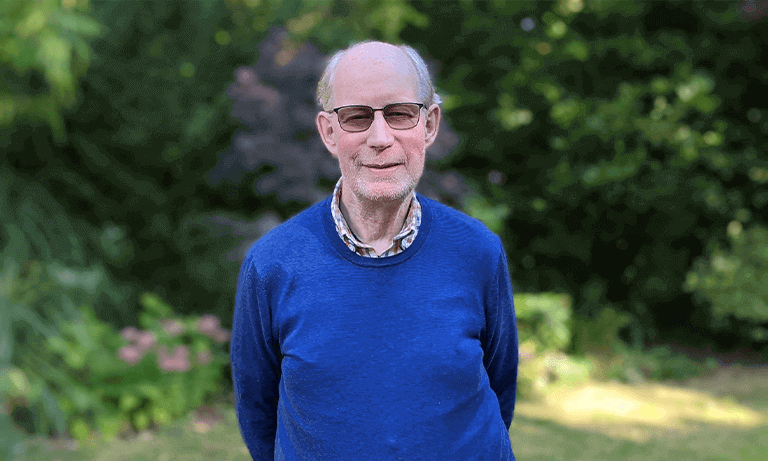 Ed Varley was presented with the award at a virtual ceremony today and hailed as a “true champion of animal welfare and ethics in the UK and internationally”.  Among many achievements, Ed prepared the successful welfare case for banning the use of crates for farming veal calves in the EU, and advised ministers in the UK about banning fur farming based on ethical arguments.  He has also been responsible for sponsoring research on aspects of welfare for farm animals, fish and broiler chickens.

After graduating from the Royal Veterinary College in 1972 Ed spent three years working as a mixed practice vet in Herefordshire.  He worked with the Government for many years on shaping animal welfare policy, and was a founder member of the British Veterinary Forensic and Law Association and the Animal Welfare Science, Ethics and Law Veterinary Association (AWSELVA).

Ed has been a veterinary adviser to the Farm Animal Welfare Council for over 15 years, during which time he has been involved with ethical reviews on areas as diverse as the impact of purse seine fishing on dolphins and welfare considerations when keeping elephants in zoos.  He has also been involved in raising future guide dogs, having whelped and reared nearly 150 puppies over the years.

BVA’s Chiron Award is an acknowledgement of lifetime achievements in veterinary science or outstanding services to the profession and is judged as being of a standard that commands international or inter-professional recognition.

“I’m delighted to be receiving the Chiron Award in recognition of my long career spanning many and various areas of animal welfare.  A project of which I’m particularly proud looked at the relationship between welfare and stocking density in broiler chickens. This study, involving over 2 million birds, was crucial in providing evidence for the EU broiler directive negotiations. This directive was the first EU welfare measure to include animal-based criteria (foot pad dermatitis scoring) as part of the assessment requirements.

“Animal welfare has ethical, cultural, scientific, economic, environmental and political dimensions, and there is inherent value in pursuing these elements globally and not in geographical isolation. Animal welfare needs tackling across the spectrum of nations and individuals, seeking agreement between nations including the European Union, the Council of Europe and the OIE (World Organisation for Animal Health).”

Reading out the citation for the award at a special virtual awards event today, outgoing BVA President James Russell said: “Ed’s expertise and leadership, and his belief in the value of animals, in animal sentience and the importance of human-animal interaction, have contributed directly to welfare improvements for countless farm animals.

“His achievements truly demonstrate the impact of veterinary advocacy for animal welfare in bringing about real change. I am thrilled that he is the recipient of this year’s Chiron Award.”