Feather pecking, where birds peck at the feathers of other birds, sometimes pulling them out and eating them, is a significant welfare issue in poultry keeping.

The health and welfare of the affected birds is greatly compromised, and the physical, and therefore financial, losses can be great. Feather pecking can cause:

Once feather pecking becomes prevalent in a flock it can be extremely difficult to stop and, if the behaviour becomes severe and leads to cannibalism, it may result in the need to cull large numbers of birds.

Feather pecking is considered to be most prevalent in laying hens and whilst the majority of animals affected will be in the commercial sector, our position may also be relevant to non-commercial (‘backyard’) poultry keepers.

As a precautionary measure, it is standard practice to blunt beaks to prevent the development of the sharp hook on the beak of adult birds. This is referred to as ‘beak trimming’ in legislation, but is more widely referred to as ‘beak treatment’ in industry and practice. This reduces the injuries and mortality rate caused by feather pecking, but does not prevent the abnormal behaviour from occurring.

The UK veterinary profession, in collaboration with the poultry industry is leading the way on solutions to the issue, but challenges remain. 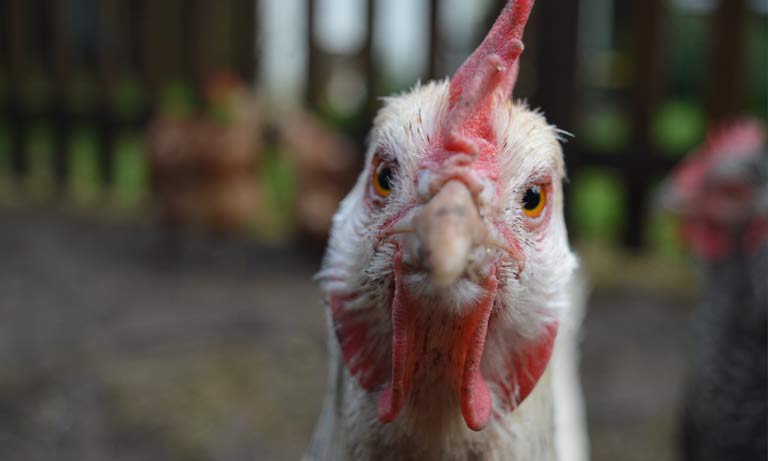 Prevention and management of feather pecking are essential goals, given the impact on animal health and welfare. Although feather pecking cannot be eliminated, optimising management practices can reduce the frequency and likelihood of this behaviour, thereby improving welfare.

All vets in practice should familiarise themselves with a basic understanding of how to reduce and manage feather pecking, and sector experts should share their knowledge widely. Poultry keepers and veterinary surgeons should understand the risk factors associated with feather pecking, be able to identify an outbreak, and know what immediate steps to take in response to an outbreak.

We would like to see the industry move away from routine beak treatment once feather pecking behaviours are effectively managed. Poultry keepers should work to reduce feather pecking behaviours even when birds’ beaks have been treated, and retailers, governments, industry and key stakeholders must work together to find better management solutions.

Feather pecking is a complex problem and very unpredictable. Our position makes recommendations related to the management of the following factors, which can make a difference:

Any sudden change in environment or management can lead to an outbreak of injurious pecking, so poultry keepers should monitor welfare of birds closely and implement management changes where necessary, in close liaison with a veterinary surgeon.