Companionship is extremely important for the health and welfare of pet rabbits.

Traditionally, rabbits are prey animals that live in colonies in the wild for ‘safety in numbers’. This social instinct is still present in pet rabbits today.

Evidence shows that pet rabbits greatly benefit from living with other pet rabbits, with companionship having a positive effect on their health, behaviour, emotional wellbeing, and regulation of body temperature.

However, according to the 2019 PDSA Animal Wellbeing (PAW) report, 49% of rabbits in the UK still live alone with no companionship

Pet rabbits should be housed in compatible pairs or groups, and they shouldn’t be housed with guinea pigs. As much space as possible should be provided for pet rabbit housing and enclosure, both indoors and outdoors.

There should also be increased awareness of the health and welfare benefits of providing companionship for pet rabbits. Vets, vendors and UK governments can play their part in this by: 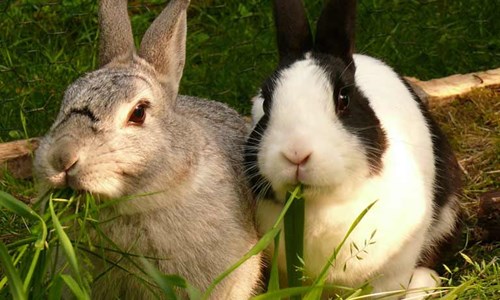