Dr Chris Palgrave, of the British Bee Veterinary Association (BBVA), talks about the relationship of honeybees to our ecology, honeybee veterinary medicine in the UK, and what your practice can do to become more bee friendly. 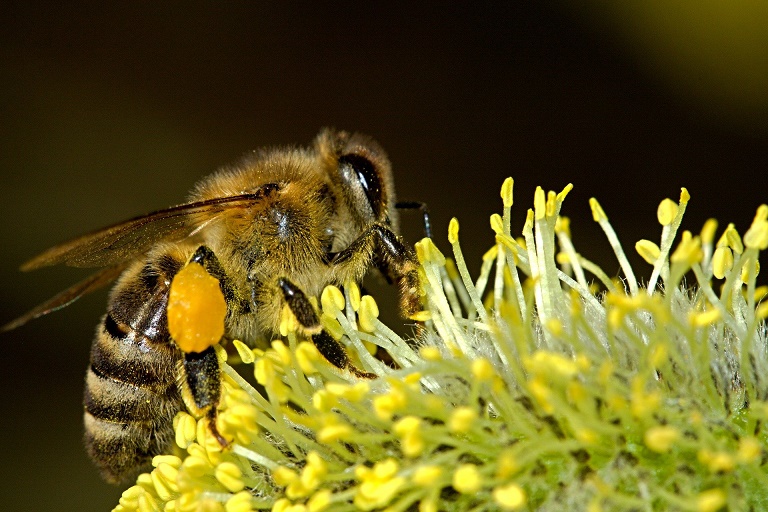 At the British Bee Veterinary Association (BBVA) we take the small part of ‘All creatures great and small’, literally! However, small though they may be, honeybees punch well above their weight, having recently being declared the most important living creature on earth by the Earthwatch Institute during the last meeting of the Royal Geographical Society of London.

Honeybees are managed populations of food-producing animals, living in man-made hives 60,000 individuals strong at the height of the season. They are selectively bred for specific traits (including the use of artificial insemination) and are traded internationally. They are subject to legislation, inspection and certification; their medicines are licensed by the Veterinary Medicines Directorate (VMD) and honey is tested for residues.

Honeybees are susceptible to a range of pests and pathogens, including four notifiable diseases. A national surveillance and inspection programme exist to protect the ‘national colony’, including a network of sentinel apiaries; these are managed by the National Bee Unit, which is part of Animal and Plant Health Agency (APHA).

The 30,000 hobby beekeepers and 450 professional bee farmers in the UK currently manage over 200,000 hives (up to 12 billion bees!). Not only do bees produce over 6,000 tonnes of honey per year, but they play a crucial role in pollination, including of one third of all food we eat.

However, we live in unprecedented times and are in the midst of an ‘insect apocalypse’ with some European countries reporting >75% loss of insect biomass over the last 30 years.

1. Loss of habitat and food supply
2. Exposure to pesticides and agrochemicals
3. Pests and diseases.

Approximately, 97% of wildflower meadows have disappeared in UK with the creation of large areas for the cultivation of monoculture crops; this is exacerbated by the widespread use of herbicides and fertilisers. Together, with the destruction of established trees and removal of hedgerows, it can now be difficult to keep bees in a rural environment (‘the green desert’).

Pesticides have been used in agriculture since the 1940s with the introduction of DDT, an organochlorine, followed by organophosphates, permethrins and now neonicotinoids. Neonicotinoids are highly toxic to insects on land and in water, affecting honeybees, bumblebees and solitary bees.

Honeybee pests and diseases have also increased, largely due to international trade and travel. For example, the Varroa mite jumped species from the eastern honeybee to our western honeybee, which has no natural resistance. The mites feed voraciously on bees and transmit viruses in the process, which together can result in the collapse of colonies.

In contrast to many other countries, the veterinary profession in the UK has traditionally had little involvement in honeybee health and medicine. However, in 2015 the BBVA was established in response to increased enquiries to the Royal College of Veterinary Surgeons (RCVS) about honeybees. We hold two scientific meetings per year and attend a number of the major veterinary conferences. We also speak at veterinary schools and other events.

The veterinary profession, with its long and distinguished track record of being at the forefront of livestock and animal health, is well placed to provide support to beekeepers and the beekeeping industry.

Are you a bee-friendly practice?

Our flagship Bee-Friendly Practice scheme has also been very well received. Every member receives a pack designed to improve their knowledge of what they can do to help bees and demonstrate to clients and friends that they care about the invaluable role they play in nature. The pack contains packets of Californian poppy seeds (kindly sponsored by Agria Pet Insurance); if each of the 5,321 UK veterinary practices planted a tub or 1m² border to sustain visiting bees, together we could make a real difference for very little effort, while also brightening up the premises and raising the profile of the practice.

How can you get involved?

If you would like to find out more about honeybee veterinary medicine, joining the BBVA, or how the practice team and your clients can take a lead in supporting bees, please visit the BBVA website or our Facebook page.