Just a week after our House of Commons reception, BVA was back in Westminster to brief MPs on the complex issue of bovine TB (bTB). We had targeted invitations to those MPs who had taken up seats in High Risk Areas (HRA) of England following the general election, to explain the facts and ethics behind the headlines. 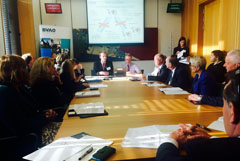 Just a week after our House of Commons reception, BVA was back in Westminster to brief MPs on the complex issue of bovine TB (bTB). We had targeted invitations to those MPs who had taken up seats in High Risk Areas (HRA) of England following the general election, to explain the facts and ethics behind the headlines.

Like the week before, turnout was excellent and included not only MPs from HRAs, but from other devolved regions of the UK, including Scotland who have a keen interest in remaining Officially Tuberculosis Free (OTF) as the disease continues its creeping spread north and east. All seats were filled, with a further ring of seats filled along the walls.

Our presentation on bovine TB

Following an introduction from our host Neil Parish MP, Chair of the Environment, Food and Rural Affairs Committee (EFRACom), I introduced BVA as the nationally representative body of the UK veterinary profession, with over 15,000 members. Senior Vice President, John Blackwell, covered the disease itself – how it is caused, spread, trends in incidence and principles of control, while I reviewed current policy across the UK and explained BVA’s policy position. In setting out BVA’s policy position, I was careful to highlight that there are different views within the profession.

We acknowledged from the outset that bTB control is scientifically and ethically complex, but that our position was built on an evidence-based and ethically rigorous approach and in consultation with all of our specialist divisions.

The presentation started as it meant to go on, repeatedly emphasising the need for a comprehensive approach to eradication. Surveillance, cattle controls, vaccination, humane wildlife culling, biosecurity and farm health planning – all must be taken together to avoid plugging only one or two holes in a leaky bucket. 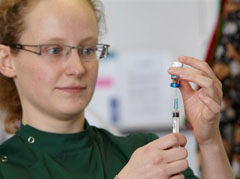 There was inevitable interest in vaccination of both cattle and badgers, and in badger culling. We emphasised our full support for further vaccine development, but also explained current limitations and the need to manage expectations surrounding its use.

The BCG vaccine for cattle is not fully protective and research is ongoing to validate a test that can reliably differentiate infected from vaccinated animals (DIVA). Until such a DIVA test is available, vaccination of cattle will remain illegal under EU trade legislation.

In badgers, a BCG vaccine is available for injection in cage-trapped animals. We know that this reduces the severity of the disease rather than conferring immunity and there is currently no evidence of its impact on disease transmission to cattle. Research in to an oral vaccine is ongoing.

Where measures to ensure good health in one species require harm to another, the profession’s reputation for protecting animal welfare will be judged on how we transparently balance the ethical costs and benefits. Having accepted the scientific evidence (25 KB PDF) that bTB is transmitted from badgers to cattle, and having accepted a need to eradicate bTB, culling to reduce the weight of infection in the badger population can be justified.

Culling any sentient wild species should be done in a way that minimises suffering and affects the lowest number of animals possible, so BVA supported the Independent Expert Panel’s remit, convened to oversee the pilot culls, that culling should be safe, effective and humane.

Second year of pilot culls: our position is clear

According to the indicators adopted to assess each, the pilot culls were not judged to be effective or humane, so BVA, considering varying views from within our membership, withdrew our support for controlled shooting after the second year of pilot culls.

It is not in our gift to control media interpretations. And we were also challenged on the consistency of our approach, across the control of different wildlife species. On this we were also clear. Ethical wildlife control should not be a race to the bottom. When other wild animals are culled using methods that have not been assessed for their effectiveness or humaneness, this should not justify a lowest common denominator approach. Ethically appraising badger culling has been contentious and, for some, frustrating, but we can stand tall that the interests of all relevant stakeholders, including cattle, badgers and affected rural communities, have been carefully considered and weighed.

The discussion in Westminster was thoughtful and respectful. For those who call for BVA and the veterinary profession to lead public debate on animal health and welfare, BVA was there in the driving seat and we were kindly thanked by several MPs afterwards. It was particularly gratifying to see such a strong representation from EFRACom and we were very encouraged that the Committee was keen to receive the presentation to circulate to all members.

We can only serve this representational function with member support. If you value this lobbying and briefing, and know of colleagues who may not have considered membership, please tell them about our work. Please encourage them to join us and make us stronger.

You can also read Politics Home's coverage of the briefing 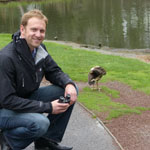