In the third of our blogs looking at the RCVS Legislation Working Party recommendations, BVA Senior Vice President Daniella Dos Santos shares the thinking of the BVA working group tasked with looking at ‘Embracing the VN role'. 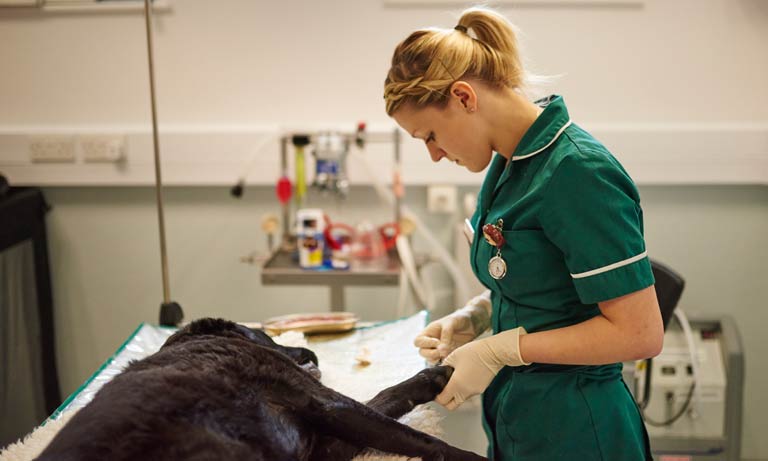 The BVA working group looking into enhancing the veterinary nurse (VN) role were tasked with considering the following RCVS LWP recommendations, to be considered in addition to the separation of delegation and employment:

From the outset, it was apparent that these recommendations strayed away from the “principle” based framework of the LWP report and making the recommendations around veterinary nursing related to specific tasks therefore seems at odds with the rest of the report. However, there are longer term questions related to specific tasks for VNs which predated the LWP report, and so the BVA working group considered these recommendations as the initial steps in a longer-term commitment to developing the role of the VN and communicating the value of VNs to the professions, vet-led team and animal owners.

Extending the RVN role in anaesthesia

In 2015 RCVS Council approved a recommendation to increase the role of RVNs in the induction and maintenance of anaesthesia via Schedule 3 reform. This would allow RVNs to “assist in all aspects of anaesthesia” via an animal specific protocol. Whilst we support the retention of this recommendation within the LWP, an original stated driver behind it is to “free up veterinary time”, which we deem inappropriate as it devalues RVNs and their skills, particularly as RVNs are central to safe anaesthesia and vets often rely on their experience and expertise.

Whilst the working group strongly supports, in principle, the proposal to extend the RVN role in anaesthesia, this is subject to the detail being set out and, consideration with regard to RVN training and further clarity being provided with regard to accountability.

The recommendation provides a positive way forward for RVNs already working in anaesthesia and greater flexibility to use their skills, but this enhanced role should only occur where all members of the team support it, and where everyone is clear on roles and responsibilities. Protocol driven anaesthesia, is a way to achieve this, where vets and RVNs work together, discuss the case and develop protocols with a patient centred and team focussed approach. However, it is essential that no RVN feels pressured to work outside their area of competence. It is felt that RVN training in anaesthesia also needs bolstering, both pre- and post-registration. RVN Day One Competences in anaesthesia should include tasks such as anaesthetic maintenance, intubation and placing and IV line for example, with more advanced tasks such as incremental anaesthesia induction, more advanced line and nerve blocks being part of post-registration training. A longer-term complication with these proposals is that Day One Competences, regardless of route of training, are the same, but the different routes to become a RVN have different educational levels. It is vital that any post-registration training and qualification in anaesthesia is accessible to all RVNs, regardless of initial route of qualification.

RVNs are highly trained and regulated professionals, but as the ultimate oversight of the veterinary surgeon is rightly, vital, and should continue to be the case, it is important that the RCVS provides greater clarity on the accountability of the veterinary surgeon for task undertaken by a RVN working more autonomously. This is critical to managing concerns of veterinary surgeons so that the proposals are embraced by both vets and RVNs and the opportunities it presents fully realised.

RVNs are currently prohibited from carrying out cat castrations via schedule 3, but it is important to understand the historical context to this. The provision was introduced in 1988, which prohibited untrained lay people, such as farmers, from carrying out various tasks that should be reserved for vets for animal welfare reasons. This occurred when the term “veterinary nurse” had only been in use for 4 years, 3 years before reforms to formally recognise their role, and 19 years before the non-statutory register was introduced. It is clear that we have moved on since the prohibition on carrying out cat castrations was introduced, with veterinary nursing now a fully regulated profession, and clearly not the intended “lay people” targeted in 1988. This recommendation demonstrates how much the veterinary nursing profession has progressed, but the driver must not be historical context, but rather clear and tangible animal welfare benefits. Cost saving being seen as a driver is inappropriate and devalues the RVN role, but we recognise when it comes to charity practice cost-saving is a relevant consideration and linked to animal welfare.  On balance the group supports that RVNs should be able to undertake cat castrations under veterinary direction and supervisions, but there should be no obligation for RVNs to do it or practices to support it, and it should not be a Day One Competence.

However, we do feel that an opportunity has been missed with this recommendation, as a list of tasks is not future proof, and it would be much better to develop a framework for the development of the RVN role post registration. Cat castrations are an example of one of the additional tasks that could be carried out with additional training by using the framework which would ensure the skills of veterinary nurses are being fully utilised. There are concerns that cat castrations may lead to RVNs undertaking other surgical procedures, and whilst Schedule 3 excludes the entering of body cavities, its definition is not explicit, remaining open for interpretation, with variation across species and misunderstanding of the term, and where “minor surgery” could be better defined or underpinned by principles. There is also scope for developing specialist status for RVNs, as already identified by VN Futures. An example would be a RVN working in an oncology referral practice to be able to train and be recognised as a specialist oncology nurse, and we support this. It is vital that post-registration pathways are available to all RVNs regardless of the route to initial qualification.

RCVS has also been looking into other options for enhancing the RVN role that does not require changes to the VSA, including a potential “VN prescriber” role. We believe that the current evidence is insufficient to demonstrate that allowing RVNs to prescribe certain medications would have a positive impact on the division of workload within a veterinary team. The BVA position on VN Prescribers remains appropriate and relevant, asserting that the prescribing of vaccinations should remain under the remit of the veterinary surgeon, and that the role of RVNs could be enhanced in other ways. Examples include work around the clarification and communication of RVN roles under Schedule 3, ensuring the SQP role is incorporated into RVN training, expanding the role of RVNs in the management of chronic cases and creating rights for RVNs to dispense POM-V flea and worming treatment.

So what do you think? Let us know via [email protected]

RCVS LWP consultation: Where has it come from and why does it matter?