Over the past few months, I’ve had the opportunity to gain a real insight into our members’ work, and the bond they have with animals, through the huge selection of images that were entered into our inaugural photo competition.

Over the past few months, I’ve had the opportunity to gain a real insight into our members’ work, and the bond they have with animals, through the huge selection of images that were entered into our inaugural photo competition.

The aim of the competition was to showcase the profession and promote the variety of roles that vets do. We also know that many members have a passion for photography and are often placed in perfect situations to capture striking photographs of animals and wildlife.

During a busy post-Brexit week, with politicians resigning left, right and centre, we were really grateful to Stefan Rousseau, the Press Association’s Chief Political Photographer, for sparing time to critique the photos using his technical expertise.

With over 400 photos, the judges deliberated for several hours before unanimously agreeing the winners. Find out what the judges thought of the winning images and view all the entries on BVA's Flickr. 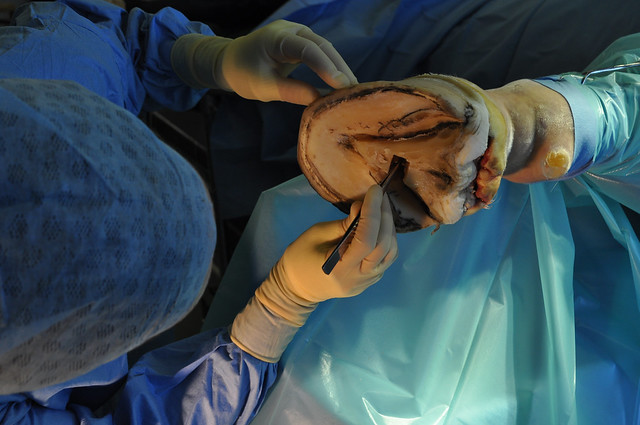 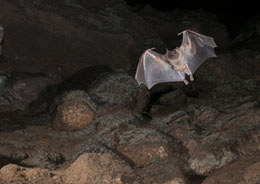 The winner of the ‘Wonderful world of animals’ category is Stephen Powles, a companion animal vet from Devon, with his picture of an Egyptian fruit bat in flight.

“The bat was one of a large roost of many thousand deep in a cave on Mount Elgon, Kenya. The bats exit the roost via a relatively small opening making it the perfect location in which to photograph them.”

“Up until 1968, when the cave was included in the newly gazetted Mount Elgon National Park, the indigenous people living in the caves would catch and eat the bats (roasted on a stick over an open fire). At the time of taking this photo a few years ago, in the exact same spot, I found a long stick with woven twigs at the far end. Presumably it was a ‘bat wacker’. I assume it was lying where it was left by the last person to have used it.”

“What was, in the past, a good place for catching a meal is now a great place to capture the bats once again but, this time, in a photograph!”

“These bats are known to carry Marburg virus. In the 1980’s two human cases of Marburg virus followed recent visits by the individuals to an adjacent cave. At the time of taking the photo I was aware that it wasn’t without risk so, given the West African outbreak of Ebola (a very closely related virus), I am not sure that I will be looking to repeat the exercise!”

The photo was taken using a tripod, an infra-red light beam to fire the camera and 4 flashguns. Stefan said:

“Its technical excellence combined with what must have been a long wait in difficult surroundings makes this photograph very pleasing to the eye. Many a professional wildlife photographer would be very happy with this picture themselves and both composition and lighting clearly makes it the stand out winner.”

Equine surgery – no foot, no horse 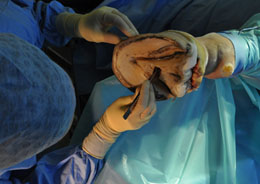 Equine vet Karen Coumbe won the ‘You and your work’ category with her photo of an operation on an infected horse’s hoof.

“I was encouraged to enter the competition because I am fascinated by the amazing things I am privileged to observe in my day to day work, many of which provide exciting photo-opportunities. As well as being in practice, I work as vet correspondent for Horse & Hound magazine and am always on the lookout for interesting images that convey clearly what goes on in equine veterinary work, particularly presenting procedures such as surgery without blood, gore or unpleasantness: in short, trying to raise awareness of what we do and alleviate fear of the unknown…”

The photo shows a partial 'street nail' procedure being performed under general anaesthetic to remove fragments of wood and diseased tissue.

“The horse had been referred to the hospital for complications following treatment of a foot abscess and associated lameness. Radiography revealed a large radiolucent defect in the digital cushion. Our MRI images indicated an abnormal signal in the insertion of the deep digital flexor tendon and penetration distal to the level of the navicular bone and navicular bursa. Clinical exploration of the wound resulted in a fragment of wood being found and removed,” Karen explained.

“My role during this procedure was as anaesthetist along with the new intern at that time, but I seized the chance to take the picture when there was a quiet moment to do so.”

Karen’s photo was taken without a flash, relying solely on the lights of the theatre, which was one of the qualities the judges really liked. Stefan said:

“The lighting tells us this is in a surgical environment and the viewer is immediately aware of what’s going on. A very well executed photograph both technically and editorially makes it a great advertisement for the work of BVA members.”

A number of images were also highly commended by the judges:

You and your work

The wonderful world of animals 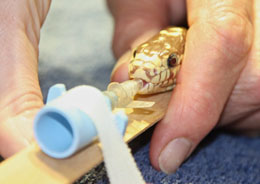 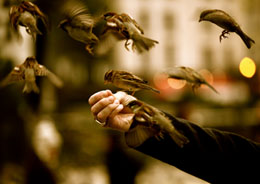 I’d really like to thank everyone who entered the competition. As I’m sure you’ll agree, there are so many brilliant photos it was a real challenge to award just 2 prizes.

Due to the success of the competition, we intend to repeat it next year with the introduction of some additional categories.