Is it safe to feed my dog a plant-based diet? Hold the greens-only meals - why the jury is still out on vegan dog diets

There has been a lot of media interest around the suitability of vegan diets for dogs in recent weeks. BVA President Justine Shotton shares why Veganuary may not be the flavour of the month for your dog. 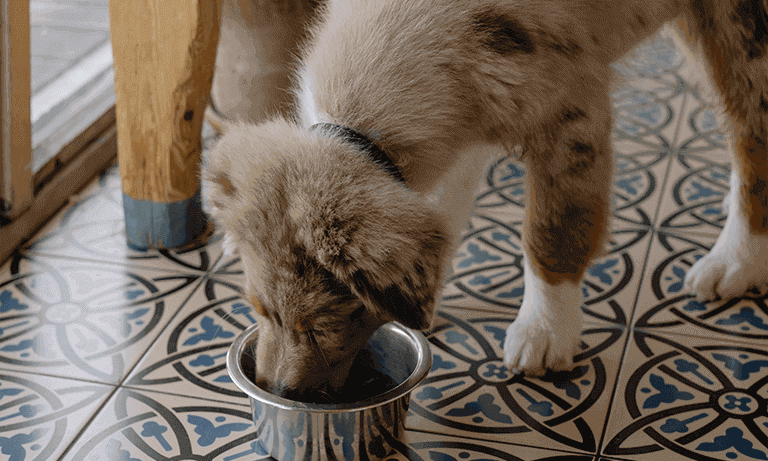 As a vet, I see trends in human diets, from raw to grain-free, quickly percolate down to pet foods. So, it’s not a surprise to see conversations around vegan dog diets frequently crop up, such as when popular sports figures post social media updates about their vegan pets or when Gnasher, Dennis’s canine sidekick in the Beano comic, develops a taste for meat-free sausages. Last month there were also calls to buddy up with your pets when celebrating Veganuary. Whether that amounts to animal cruelty or not became the subject of a debate on a popular UK breakfast television show earlier this month, followed by more discussions on the subject on radio and in print.

A question that I feel often gets missed or sidelined in these discussions is – is a vegan diet actually safe for your pet’s health? Proponents of meat-free diets often argue in their favour on grounds of sustainability, ethics, nutritional safety, and quality, claiming that pets can not only get all the nutrients they need from a plant-based diet, but that doing so is also an exercise in feeding them more premium ingredients as opposed to the ‘leftover’ meat by-products that go into making meat-based diets.

The answer is more complex and more nuanced than TV debates or discussions allow for. From the veterinary profession’s perspective, there just isn’t enough scientific evidence currently to safely promote a vegan diet for dogs and cats.

While domestic dogs and cats are now different in their behaviour and physiology from their wild ancestors, they have specific nutritional needs that must be met to avoid dietary deficiencies and associated diseases such as metabolic bone disease and taurine deficiency in the case of cats. Dogs are omnivores, which means that they eat both meat and plant products. While it is theoretically possible, the British Veterinary Association does not recommend giving a dog a vegetarian or a vegan diet as it is much easier to get the balance of essential nutrients wrong than to get it right.

Cats are obligate carnivores, which means it is much harder or even impossible to meet their nutritional needs without feeding them meat. Many of the essential nutrients they require, such as taurine, preformed vitamin A and cysteine, are minimal or even absent in plant ingredients.

Are synthetic supplements the answer?

Of course, vegan pet diets may have synthetic supplements and nutrients added to them, but there isn’t a robust body of evidence to support that they are safe long-term for feeding our pets yet, as these ingredients may not be bioavailable to the animals. This means that it’s not so much the presence of taurine and other nutrients in the diet but how accessible (bioavailable) they are to the animal in their synthetic forms and whether they would interfere with the action of other nutrients.  We need good evidence from large-scale, long-term, robust scientific studies feeding cats and dogs on appropriately supplemented balanced vegan diets for their lifetime, looking at how these diets affect their health, before we can make recommendations as to whether these diets are suitable and safe for the wider pet populations.

Commercially prepared pet foods that conform to PFMA (Pet Food Manufacturers Association) regulations have been formulated to meet the dietary needs of the modern-day domesticated pet, which is why they are currently the best go-to option. Feeding only raw meat or a home-cooked diet can also either result in deficiencies- for example, pets fed only muscle meat may develop calcium and phosphorous imbalances leading to metabolic bone disease- or infections, such as Salmonella and Campylobacter infections.

In terms of the sustainability and ethics debate, it’s worth noting that in the UK, all meat used in pet food is sourced from the human food chain and must by law be fit for human consumption. The meat used is often that which would never end up in the human food chain in this country, as many consumers don’t like to eat those parts of the animals- for example, tripe, pig’s trotters, udders and chicken feet. Pet food is a useful way to use this nutrient-dense food without it being wasted, which is important both from a sustainability and an ethical perspective.

There are other ways in which pet owners can exercise sustainable and ethical choices too - for example, by using biodegradable poo-bags, giving play and attention rather than plastic toys, discussing the best parasite treatment plans with their vet, and making better choices for animal welfare at supermarket checkouts for their own food by using BVA’s #ChooseAssured resources. I’m also interested in seeing what research into new insect-based protein sources shows, as these may have the capacity to address the rising need for more sustainable options for both human and pet food.

For now, the bottom line is that the jury is still very much out as to whether we should be feeding our pets a vegan diet. What we know is that your pet needs a balanced diet that is tailored for their age, health, weight and lifestyle. My advice is to always talk to your vet before changing any aspect of your pet’s diet – problems can result from all sorts of non-traditional diets, including vegan diets but also raw meat diets, feeding bones, and home-made diets. Current advice may change as new research takes place- the veterinary profession will continue to review all new evidence so that our advice is based on robust science.