As part of Guinea Pigs Awareness Week exotics vet Steve Smith explores the history of guinea pigs, their popularity as pets, and the health and welfare needs owners should be aware of. 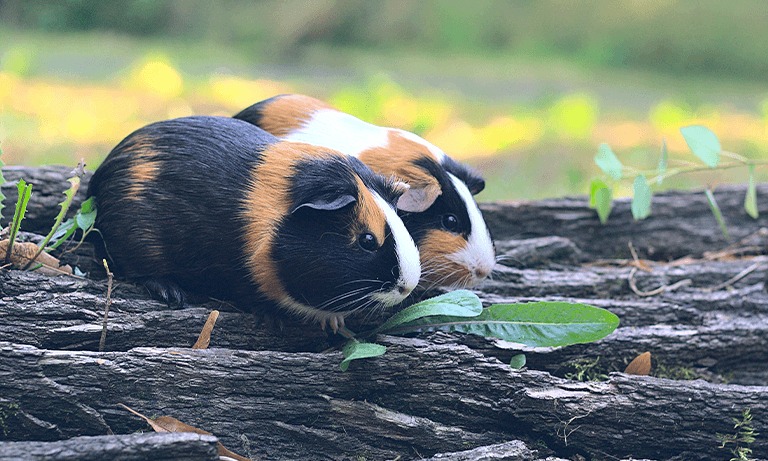 It is customary to hear that it is a special celebration day for someone, or something.... somewhere. My particular favourites are National Hug a Ginger Day (Feb 22) and National Kiss a Ginger Day (Jan 12) but I am less fond of National Kick a Ginger Day (and I’m not revealing that date in case you decide to partake!).

However, this week is the inaugural Guinea Pig Awareness Week. We have all experienced awareness weeks for other pets, and as an exotics vet, I am really pleased that there is now a week-long celebration aimed at these amazing little creatures. You can just hear all the guinea pigs “wheeking” with delight.

A short history of guinea pigs

Those that have owned guinea pigs will appreciate their amazing characters, and that they bring their owners lots of joy. They are interesting and exciting and make fantastic family pets. The British Cavy Council recognises 14 specialist breed clubs such as Abyssinian (with the crazy hair styles), and Teddys (with their fluffy and wiry hair). Interestingly, the domestic variety is not found naturally in the wild, but they are descended from closely related species found in South America. This species live on grassy plains in small herds, and live in the burrows of others (why dig your own if you don’t need to?). They come out at dusk and dawn to avoid predators. Little would they have known 7000 years ago, when they were first domesticated (and eaten!) by Andean tribes, that they would have their first and very own awareness week in 2021. They may have guessed it was coming however, as they were also worshipped and have been found featured in statues dating back 2500 years.

From exotic to common pet species

There are around half a million guinea pigs in the UK and 2% of homes report to have guinea pigs. This means there are a significant number of these pets out there and the numbers approximate to 125 guinea pigs per practice and 23 guinea pigs for every practising vet!

There is clearly a move towards guinea pigs being considered “typical” or “normal” pets and less thought of as “exotic”. They are also no longer simply a “child’s pet”. Most vets in companion animal practice are willing to see guinea pigs, and an increasing number of vets have an interest and enhanced knowledge of the problems they can suffer from. As with many species, owners also have increased expectations and Guinea Pig Awareness Week serves two purposes. Not only does it improve how owners look after their pigs, but it also encourages veterinary practices to learn more about these special animals and help their clients to take a more active role in their healthcare.

In order to contribute to awareness-raising of guinea pigs, I could talk about their inability to synthesise their own vitamin C, the frequency with which they get urinary problems, the need for them to be in social herds (including the never-ending cycle in order to avoid keeping a solitary guinea pig), the limitations of feeding a muesli-type diet, the inappropriateness of keeping them with rabbits, the need to feed fibre and veggies to look after their teeth and gastrointestinal health, and how to deal with cystic ovarian disease. However, there are so many others that do this very well. Take a look at Burgess Pet Care's website where there are plenty of resources for you and your practice to sign up to. This includes a downloadable Guinea Pig Awareness Week vet pack for piggy-friendly practices. Much of the information there is extremely useful, even for after this week is over.

Alternatively, you could always choose to embrace some of the ancient folklore traditions where guinea pigs are exchanged as gifts, used in social ceremonies and even as part of healing rituals by folk doctors who use them to rub against the bodies of the sick to diagnoses jaundice, rheumatism and arthritis! Could this work in veterinary medicine too? On second thoughts, as this is a BVA blog, we had better stick to evidence-based medicine...Where are those vitamin C supplements?

Helping your puppy cope with a post-lockdown life