Recognition of laminitis in recognisable breeds of horse and pony has led to a better understanding of what it is about these equids that predisposes them to the problem. Andy Durham explains these risk factors. 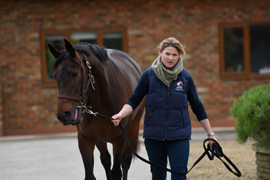 For many years it has been known that, for the most part, laminitis tends to occur in recognisable types and breeds of horse and pony. Recognition of this risk in certain individual animals has led to a better understanding of what it is about certain equids that predisposes them to laminitis. It is perfectly possible that any horse might suffer toxaemic laminitis following colitis due to grain overload, or from weight bearing laminitis following fracture fixation in the contralateral limb.

Underpinning this understanding in a practical sense

Firstly, it is established that exposure of equids to excessively high plasma insulin concentrations will trigger laminitis; and, secondly, certain individual equids will demonstrate an abnormally excessive insulin secretory response following ingestion of dietary non-structural carbohydrates (NSC: sugars, starches, fructans). Thus endocrinopathy is a central feature of the majority of laminitis cases seen in the UK.

There are 2 main conditions that underlie the insulin dysregulation so commonly associated with laminitis causation; namely, equine metabolic syndrome (EMS) and pituitary pars intermedia dysfunction (PPID). Equids affected by EMS and/or PPID are more likely to experience a greater insulinaemia following consumption of high-sugar feeds, likely explaining the high prevalence of laminitis in the 2 conditions. Indeed, this insulin dysregulation can easily be tested by measuring plasma insulin 60-90 minutes following oral dosing with 45 mL/100kg Karo Light corn syrup (following an overnight fast), thus offering objective laboratory support for a diagnosis of high laminitis risk in an individual and enabling preventive programs to be put in place.

EMS is defined by the presence of insulin dysregulation and increased laminitis risk and is typically seen in high risk breeds such as native ponies, cobs and warmbloods that are prone to excessive fat accumulation (although not all EMS cases are significantly overweight). Serum markers of adipose dysregulation such as high-molecular-weight (HMW) adiponectin are usually abnormally low in affected animals.

EMS can be managed with strict dietary control (restriction of calories and/or NSC) and sometimes pharmacologic aids such as metformin which may decrease the insulinaemic response to the diet. Owner compliance with dietary restriction requires very specific instructions and guidance to be offered alongside ongoing support for the case management.

PPID is associated with hyperplastic or adenomatous change in the pars intermedia of the pituitary gland with associated multiple peptide products including ACTH which remains the most popular diagnostic marker for the disease. Although PPID is an age-related disease, it can arise in horses as young as 6 years, although becomes notably more common beyond 10-15 years of age. Laminitis is the most concerning feature of PPID and affects a significant number (but not all) of PPID cases. Dopamine agonists are significantly inhibitory to pars intermedia secretion and pergolide is generally highly effective in moderating the excessive endocrine activity of the pituitary gland.

When laminitis arises for the first time in a horse or pony it is fundamentally crucial to identify the trigger factors and manage the case appropriately. Failure to deal with the underlying causation will inevitably condemn the individual to recurrent painful and often life-ending bouts of laminitis. Things must change - remember “if you always do what you’ve always done, then you’ll always get what you always got”!

Learn more about laminitis and metabolic disease in equids

Join us for the BVA In Practice CPD course Laminitis risk and metabolic diseases in equids at BVA HQ on 20 March 2018. The course will focus on causes and prevention of laminitis, bringing you absolutely up to date in this arena of rapidly changing and frequently confusing clinical diagnostic choices.