Vets and vet students were at the centre of helping control the devastating 2001 foot and mouth disease outbreak. Twenty years on, a few vets share their personal memories and reflections from the time. I didn’t know what to expect when I set off from our student house in Hertfordshire to Llandrindod Wells in the spring of 2001. How could I? As a vet student, nobody I knew had been involved in the previous foot and mouth outbreaks, although a couple of farmers in Cheshire had told me about it in similarly abstract terms as they might talk about the summer of 1976 (very dry, very hot) or other things that were beyond the scope of my memory. Maybe it would be a bit like seeing practice on farms, we thought, with lots of chats and encouragement for your future career from enthusiastic farmers.

It was not like this. Even though we were only there to try and lift the restrictions by demonstrating the absence of disease, walking onto the farms was disconcerting, challenging and memorable for myself and my fellow students.

Disconcerting because we were closer than we might have felt equipped for at that stage of our careers to the emotion that is attached to livestock keeping. All around us we saw the haunted expressions of those who knew that at least one of their neighbours had lost all of their stock, and with it perhaps their legacy and part of their identity.

Challenging because for the first time we were the face of the veterinary profession. Were we ready for that? Well, we certainly felt unsure of ourselves as we recalled our experiences in the 2002 Final Year Review.

Memorable for the privilege of meeting that cohort of Welsh sheep farmers that I have never had the opportunity to revisit since in any professional capacity. To be allowed into their environment and their lives at such a tough time, and to be a part of helping to get them through that horrible disease outbreak, is something that will not leave me as a formative and instructive part of my veterinary life. 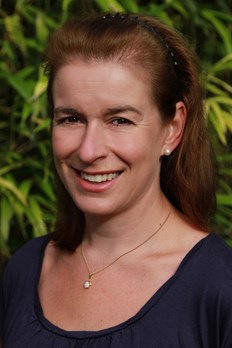 I left Edinburgh at 7.30 am on 20 March 2001 with mixed feelings. I was six years out of vet school. I knew I felt a duty to go and help with the unfolding crisis, but I was not sure whether I was emotionally or mentally prepared to go. As I left the M74 and drove the country road to Dumfries, I first noticed police cones lining every lay-by and as I approached the town, I could smell a faint aroma of smoke and burning. I reached the outskirts of Dumfries and had to drive through a disinfection station. It was true there was disease here and that was what brought me to this destination. A sobering thought.

My visits took me from the end of the region to another. Most farmers were welcoming and although worried about the risk of me introducing disease, were glad of the opportunity to see someone from the outside world. I found doing paperwork after the animal inspections a time for reassuring the farmers and their families that they were still disease free for now. I felt useless that I could not give any cast-iron guarantees that this would remain the case.

The Report cases were the most difficult for me. I always had to explain that we had to look at the healthy stock before examining the suspect animal and its group. This often made the farmer anxious. Some differential diagnoses were simple, others more difficult. Under normal circumstances a few days of monitoring and antibiotics would be sufficient. However, with this battle I could not take any chances.

I avoided the selective cull for many reasons. I knew I would find it emotionally difficult and I was not sure I completely agreed with the politics.

I returned to Edinburgh on day 19 of my tour of duty. It was peculiar driving away. I felt in some ways glad to be returning to my ‘normal’ job but in others felt frustrated and guilty that I was leaving before its conclusion.

Reflecting twenty years on, the foot and mouth disease experience shaped my veterinary career and even now I still step up to help in a crisis, both as a contingency Official Vet for Scotland and a Track and Tracer for Public Health England. 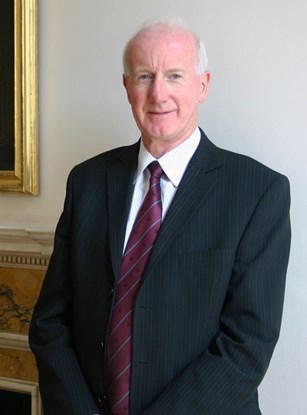 In a blog marking the 15th anniversary of the foot and mouth disease outbreak, BVA Past President Harvey Locke shared the following recollections.

I was involved in 2001 by volunteering as a Temporary Veterinary Inspector and giving up two weeks of my annual leave from my small animal practice to go and help.

I signed up at BSAVA Congress in 2001 when the Ministry of Agriculture, Food and Farming (MAFF) had a stand to encourage small animal vets to sign up during the course of the Congress. Soon after I was sent to Cumbria and stayed in a small guest house in Ulverston.

We were inducted initially at MAFF in Carlisle and then I was transferred to a temporary centre set up in the South Lakes.

The whole experience had a huge impact on me, seeing at first hand the devastation to the local farming community.

The most distressing element was that while farmers understood the job we had to do, it obviously caused them such immense distress. The slaughtering of whole herds and flocks in such large numbers was almost too much to take in.

The experience taught me that we must do all we can to stop this devastating disease getting into the country again and also to learn better how to deal with such an outbreak and avoid such wholesale slaughter.

During my year as BVA President I took part in the Defra-led Exercise Silver Birch which did an excellent job in testing the UK’s responses and how robust our current systems were. It raised a number of issues regarding the role of vaccination, the quality of communication channels and the adequacy of existing tracing systems. Important lessons were learnt which means we are better prepared if, heaven forbid, another outbreak does occur.

The key to dealing effectively with any disease outbreak is the speed of detection and response. This relies on having a comprehensive surveillance system. In recent years livestock has been threatened with other diseases such as Bluetongue and Schmallenberg, showing that we can never be free from the risk of disease in the UK and vets are more vital than ever for disease surveillance. 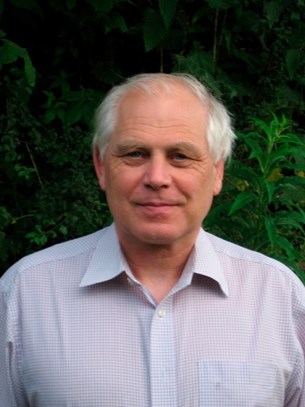 In the late summer/early autumn of 2000, I spent nine weeks as part of the field epidemiology team investigating the outbreak of Classical Swine Fever (CSF) in East Anglia. Some six weeks after that outbreak was cleared up, life for many of us was returning to normal. Or so we thought.

Government vets are trained to respond to reports of notifiable disease so the news that a report of suspect disease in a cull sow in an abattoir in southern England would have been treated with interest but nothing more until results of the investigation were complete. That is what I and my Divisional Veterinary Manager thought!

The negative result however did not come, and it was not too long to wait to have the first case of FMD confirmed in the UK for quite a long time. Well, we had just dealt with CSF, the systems in dealing with an infected premise had been well tested, and animal health staff were primed for this outbreak. But the long months that followed showed us we did not really know the industry or appreciate the risk that the frequent moving of animals posed. As to the scale of the outbreak, we would not have coped without the timely intervention on planning and logistics by the army.

I spent time at several disease control centres as a field epidemiologist. One memory of that time is being in a room full of farmers who grazed the Brecon Beacons getting the news that disease had been found in sheep released to the open ground and accepting that years, if not generations, of sheep breeding to suit those hills would have to be sacrificed in culling the flocks to stop the disease spreading.

So, what do I take away from that experience? Do not assume you know the industry you are dealing with. Intelligence is vital. Infection can move in the simplest and apparently innocuous way. It can be easy to see stamping out infection as a purely scientific challenge and forget that the herds and flocks we dealt with were more than just a farming family’s animals. 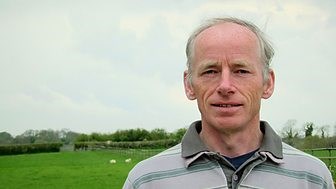 The 20th anniversary of the 2001 Foot and Mouth disease outbreak brings back harrowing memories of burning pyres of animal carcasses and mass graves.

As a practitioner working in a mixed practice and servicing farms in the Swansea area, I experienced first-hand the mental pressures on farmers who were already reeling from the impact of BSE and a rapidly deteriorating local bTB situation. Even though there were no confirmed cases in our catchment, there were serious welfare issues because of the restrictions. There was a build-up of unsold stock and it was not possible to move stock between separate land parcels or return sheep for lambing. Many farmers resorted to the government funded scheme to slaughter stock on welfare grounds. This was heart-breaking for the farmers and emotionally distressing for the vet witnessing the destruction of otherwise healthy stock. I will never forget the image of ewes being shot whilst giving birth and new-born lambs being euthanised immediately after delivery.

I was struck by how quickly farmers barricaded their farms at this time. There was little compromise on biosecurity when it came to foot and mouth disease, a fair reflection on how frightened they were of the disease.

I was also struck by the resilience of farmers. Farming was in a bad place at the time; many farmers completely lost their livelihoods whilst others lost irreplaceable bloodlines built up over many generations. However, once it was over, they dusted themselves down and started all over again!

Lessons were certainly learnt. These are well documented in the various inquiries commissioned at the time. As the world struggles with the human and economic cost of the Covid-19 pandemic, this anniversary is a timely reminder not to drop our guard and ensure we never again repeat the experience of 2001.

We recognise that the anniversary of the foot and mouth disease outbreak may bring back difficult memories for the veterinary profession. Vetlife is available for you 24/7 if you’d like to talk: 0303 040 2551.