BVA’s #BigConversation on microaggressions has sparked a lot of debate and discussion in the veterinary profession. BVA Junior Vice President Malcolm Morley reflects on the first week of the campaign and his own journey learning about the power of language and why there’s nothing “micro” about the impact of microaggressions. 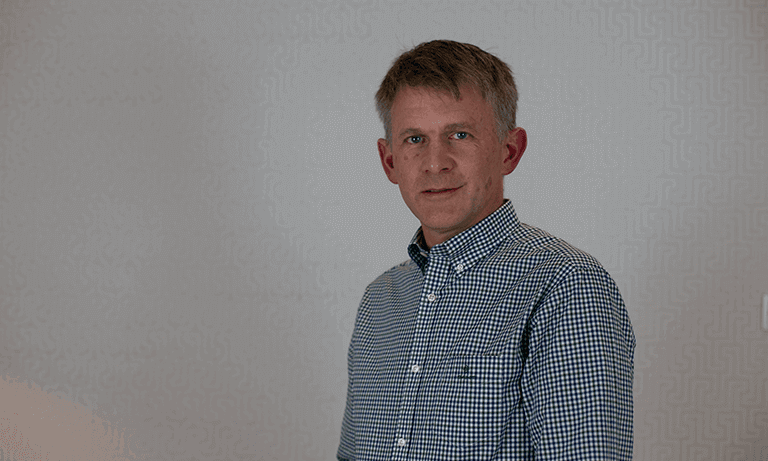 When BVA launched our #BigConversation on microaggressions, we always knew there would be a mixed reaction. We were expecting questions and even some backlash. In many ways that was the whole point of launching it as a conversation. To get people talking, engaging, asking questions, and offering opinions and insights into their own experiences.

And, for me, that side of the first week of our campaign has been hugely energising. The thank yous and positive comments have been wonderful to read, but the best responses have been people actively reflecting on their own words and actions.

There were always going to be responses that were difficult to read, and the hardest of those have been the fingers-in-ears approach, the active dismissal not just of the issues the campaign raises, but of the people – our colleagues – who shared their own experiences of the damage microaggressions cause.

Over the weekend, BVEDS, BVLGBT+ and BVCIS – three of the organisations who worked with us on the campaign – rightly called out the response of a Facebook page that chose to make a joke suggesting microaggressions were no big deal. I can understand that for those readers who didn’t know what a microaggression was, it could have read innocently, but to colleagues who are regularly affected by issues of racism, homophobia or other discrimination it read very differently.

This was a golden opportunity to reflect and learn. But rather than listen to these groups who represent veterinary professionals with daily lived experience of microaggressions and other discrimination, the page – and many of its followers – doubled down.

“You can’t take a joke!” is never the right response when someone is telling you their mental health is being impacted by what you’re saying or doing.

And for me that’s what this campaign is all about. I sincerely hope that all vets recognise the immense value of improving wellbeing in our workplaces. This is one of the single most important issues in our profession today, feeding into recruitment, job satisfaction and retention. But, unfortunately, there is no one silver bullet for these issues, so we must look at chipping away at everything that stands in the way.

Ground-breaking data gathered by BVA in 2019 revealed that 24% of working vets and vet students had experienced or witnessed discrimination in the previous year. Through BVA's work on workplace and working conditions to date, there has been a common theme of vets wanting to feel like they "fit in" and feel valued. So what sort of discrimination is happening? Descriptions of the incidents given in the 2019 discrimination questionnaire showed that the most common form of discrimination was the use of offensive language.

It's all too easy to regard microaggressions as being "micro" or dismissing them altogether. They are not the big headline offensive words. They are often not words that alone would be considered offensive. Instead, they are the small and even unintentional words or behaviours that can have a big impact. Often they are behaviours and attitudes that can slip into everyday life without the perpetrator meaning to offend. They might even appear to be compliments or genuinely expressed questions. We might be tempted to believe that worrying about them is just about being “PC”, however, microaggressions are far from just "micro". By repetition and addition, they become very much "macro", and their impact is additive—communicating an underlying bias and prejudice that, at the very least, prevents people from feeling like they fit in. We must recognise that for those on the receiving end of repeated slights, microaggressions become the sum of their existence.

So what do I know about microaggressions? Not everything it turns out. When I first read through BVA's "Let's talk about microaggressions" posters, I could see some comments that would obviously offend, but I did not recognise the hurt that others might cause. I did have to stop and think. I also took time to speak to friends and colleagues from different backgrounds, and I soon realised how important it is to recognise these issues for what they are. I learned the importance of considering how even the small things might have a big impact on those who hear them constantly, even if there is no intent to cause hurt. One colleague helped me understand microaggressions better by encouraging me to think about how all of us have been on the receiving end of them at some time. Think of how you felt with a partner who undermined your self-esteem or a boss who demoralised you to the point you left your job. These feelings have no place in the good workplaces we strive to create.

The posters have been produced jointly by the British Veterinary Association, British Veterinary Ethnicity and Diversity Society, BVLGBT+, Vetlife and British Veterinary Chronic Illness Support. Please use them as a conversation point to bring about positive change. Let's not all imagine we are perfect in every way. I hope others will also be prepared to look at them with a very open mind and reflect on how our actions might affect colleagues. Let's see if we can all do even better to make all our veterinary workplaces welcoming and inclusive of everyone, whatever their background.

BVA has launched a posters and blogs to start a #BigConversation in the profession on microaggressions. Visit the BVA Good Workplaces hub to download the posters or read our series of blogs looking at different microaggressions.