Part of BVA’s #BigConversation on microaggressions. Navaratnam Partheeban, co-founder of the British Veterinary Ethnicity and Diversity Society, explains why various comments are harmful and how we can all do better in identifying and calling out microaggressions to support our BAME colleagues. 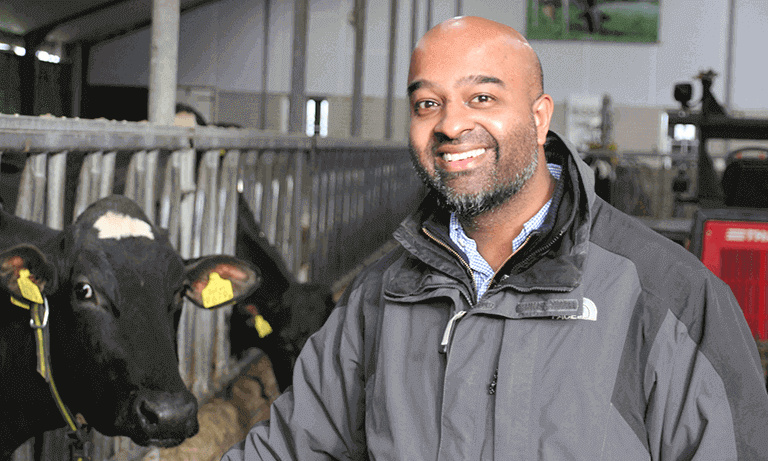 We live in such a diverse and culturally rich country where difference is our strength. It is important we all embrace and support each other to make sure all individuals feel like they belong, including those in our veterinary profession. This is not only important morally but also helps create better teams and a positive inclusive culture.

Recently, especially with the death of George Floyd and the rise of the Black Lives Matter movement, the topic of Racial Justice has been highlighted and made some individuals and organizations re-assess their previous behaviors and systems. This has highlighted obvious barriers and issues, which some have started to tackle. Something that has not fully been explored are the more subtle and repeated racist behaviors. Termed “racial microaggressions” as proposed by Chester M. Pierce, MD, in the 1970s, the examples in the latest BVA racial microaggressions poster are some commonly reported uncomfortable interactions experienced by BAME people in the UK.  Racial microaggressions point out cultural and racial difference in ways that put the recipient’s non-conformity into focus.

The statements may seem innocent, unintentional and small but remember it’s the impact and not the intention that matters. On their own they may seem harmless, but if they are repeated frequently, the impact accumulates over time which is draining, demoralising and disheartening and can lead to larger issues. The longer-term impacts of racial microaggressions can result in a host of mental health concerns including things like increased anxiety and symptoms of depression which is supported by a growing body of research.

Black Lives Matter was used to highlight the racial injustice that Black people suffered historically and suffer in the modern era. It was never intended to say that other lives don’t matter, so when the term “All lives matter” is used, it then derails the specific conversation about racism against Black people. The phrase is seen to dismiss, ignore, or deny problems Black people face.

Not everyone has the same opportunities and can face different forms of discrimination. This is also true based on someone’s race and so it is important to acknowledge this as positive change can only happen when these barriers are recognized and understood. By claiming “I don’t see colour”, then one is saying that there are no barriers to BAME people which dismisses all their concerns, experiences, and real-world issues of racism.

The diversity among BAME people is rich. Therefore, using terms such as “You people…” groups a large group of individuals, based on skin colour for example, together which helps reinforce negative stereotypes and perpetuates discrimination towards a community.

“You speak English so well” assumes intellectual inferiority (e.g., BAME people are assumed to be less intelligent or capable than white people). It reinforces false stereotypes that BAME people are generally not as intelligent as White people. The comment “You act so white” also has the same connotations, reinforcing white superiority.

But why are these comments not reported or called out by the victim? There is difficulty in reporting and dealing with micro aggressions because the people who experience them are often left feeling powerless and afraid to speak out – particularly in the workplace, or out of fear of not making friendships. This means that these microaggressions are allowed to continue without being challenged.

Everyone needs to do better in identifying and calling out microaggressions wherever they see them. Calling out microaggressions can serve as a deterrent. This is especially important for allies, who need to use their influence and opportunities to support BAME people. Don’t let BAME people have to deal with this kind of racism on their own because it is isolating to fight these tiny battles, alone, every single day.

Do your research and work to help make people feel like they belong and be themselves, whoever they may be. It is everyone’s responsibility to think about the impact that their words or actions might have on someone else.