When RCVS Council voted against the proposed change to the standard of proof for disciplinary cases last month the profession let out a collective sigh of relief, but that was just one part of the story on legislative reform. BVA Senior Vice President Daniella Dos Santos explains what the RCVS decisions on future veterinary legislation will mean for vets and nurses and why BVA remains concerned. 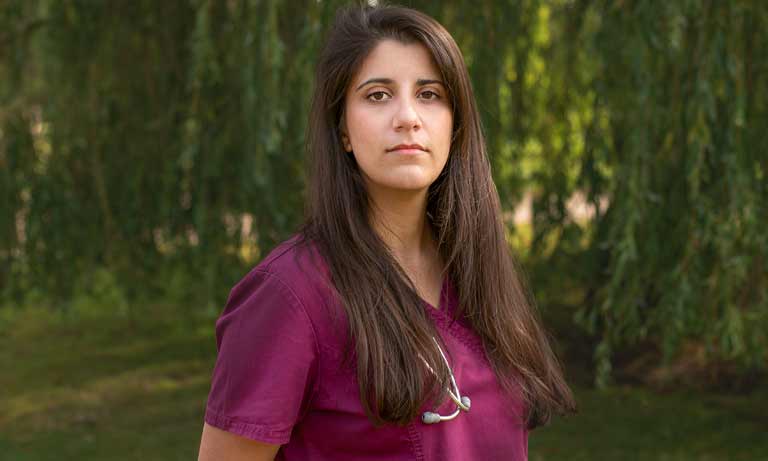 Along with our members, we welcomed the decision to delay changes to the standard of proof and we’re pleased that this will now be taken forward as part of a package of measures to introduce a modern fitness to practise regime. This will take time and we’re ready to input our members’ views as it progresses.

Of more pressing concern are some of the other proposals, which were taken to vote at RCVS Council as a group. Unfortunately, this meant that the concerns we’d raised, alongside BVNA, were buried. Despite claims by the College that we are being inflammatory and scaremongering in doing so, we have raised these concerns because we genuinely believe they have the potential to have a significant detrimental impact on the profession.

Powers of entry could increase distrust

RCVS Council agreed on taking forward the recommendation that the College should be given powers of entry. It claims this is needed to support mandatory practice regulation and to investigate allegations of serious professional misconduct. We simply do not agree.

At the very least the problem it is aiming to address has not been clearly articulated, but it also doesn’t fit with the College’s aim of being a compassionate regulator and is likely to increase distrust in the system.

The police, VMD, and the Health and Safety Executive already have powers of entry to address serious offences such as drug misuse, major animal welfare concerns, or health and safety breaches. When we look at the wider healthcare sector, powers of entry exist for a range of reasons, and although the CQC have powers of entry, it is to prevent suffering, rather than regulation as per the RCVS reasoning.

In fact, of those healthcare regulators overseen by the Professional Standards Authority (PSA), only the General Pharmaceutical Council has powers of entry for premises regulation, and this can only be used in very limited circumstances and only be granted by a Justice of the Peace.

The RCVS claim that it is needed to give “teeth” to mandatory practice regulation simply does not hold true. It would be more appropriate, and in line with the principles of right-touch regulation, to have practice regulation underpinned by short-notice interim inspections as a condition. Where practices do not comply, it would ultimately lead to withdrawal of the premises’ licence, and therefore closure.

So, what else does the RCVS need powers of entry for? Other appropriate organisations already have powers for serious concerns, and there are other effective mechanisms to enforce practice regulation. We believe powers of entry is simply overreach and goes against the principles of right-touch and compassionate regulation.

Put simply, the Charter Case Protocol aims to deal with cases that currently meet the threshold for a full Disciplinary Committee hearing but are likely to be resolved without a full public hearing and to attract lower sanctions such as a reprimand, warning, or no further action. On the face of it, finding an alternative to the current lengthy disciplinary system for minor transgressions is something we support, but it must be delivered through the right mechanism. Not only do we have concerns about how this sort of system would be funded and resourced appropriately, but we also have serious concerns about the alternative process being put forward.

In looking at the examples given by the College as to the type of cases that could be dealt with by the Charter Case Protocol, we question whether they would even cross the threshold for consideration by the Disciplinary Committee. Minor social media failings, failings in CPD, and failings in indemnity were given as examples in RCVS Council papers from June 2020. Further clarity is needed on thresholds.

We also question whether in these cases punishment is appropriate. Surely, a more proportionate response would be advice and training. The suggested range of disposals available within the Charter Case Protocol includes public warnings or advice, which is consistent with a punitive, rather than a curative system. There are no proposals of support, remedial action, or safeguards. Instead there is a focus on apportioning blame. And it is the publication of these warnings given, which is tantamount to public shaming, that seriously concerns us.

Of course, we can all learn from the mistakes of others, but there is no need to name individuals, especially considering this system is aiming to deal with minor transgressions. Public naming of the people involved will not only impact on the individuals, but also potentially on their businesses and teams. There is no reason why anonymised case studies can’t be used instead for minor transgressions. Public naming and shaming can not only lead to mistakes being hidden, with poorer patient outcomes, but also have serious impacts on the individuals involved, including serious mental health consequences.

Overall, until there is a complete overhaul of the disciplinary system, moving towards a remedial rather than punitive system in line with compassionate regulation, we cannot support the Charter Case Protocol.

Limited licensure – the wrong answer to the challenge

As it currently stands, students with disabilities or certain health conditions are unable to undertake a veterinary degree and become MRCVS, as they would be unable to meet all Day One Competences. Limited licensure has been put forward as a mechanism to allow those with disabilities to become MRCVS, and whilst we are fully supportive of the intention, we do not support achieving it through limiting licensure.

Beyond the challenges of how exactly disability would be defined, there is no doubt it will result in a two-tier system. Instead, the focus should be on widening access and making reasonable adjustments. We are not alone in having this opinion. The Report of the RCVS Legislative Reform Consultation considered by RCVS Council in June says: “more respondents were opposed to recommendation 5.1 than in favour of it”.

It is argued that under the current Veterinary Surgeons Act, limited licensure is the only way to allow those with disabilities to become MRCVS, but the whole principle behind the legislative reform project is to open the Veterinary Surgeons Act and make it fit for the future. This would be the perfect opportunity to learn from our medical counterparts and consider what reasonable adjustments could be made to enable the demonstration of Day One Competences.

In the medical profession, students can demonstrate competence in one of three ways: safe to practise in simulation, safe to practise under direct supervision, and safe to practise under indirect supervision. Given the technological progress in educational settings (the haptic cow or equine distal limb models, for example), and with the plans to open up the Veterinary Surgeons Act, there is no reason why a similar set of reasonable adjustments cannot be made to enable disabled students to achieve Day One Competences. Doing so would remove the current barrier disabled students face to qualifying and would allow them to go on and work safely in their own areas of veterinary work.

The RCVS Council vote in June was a major step in the long journey of legislative reform, but there’s still a long way to go. And, as I’ve outlined above, we still have a lot of concerns that need to be addressed.

Our job, as BVA, is to make sure we’re representing our members’ views and holding the RCVS to account as decisions are made. We want to hear your views as the proposals are taken forward. Please contact us via [email protected] or contact your regional rep.

RCVS LWP consultation: Where has it come from and why does it matter?